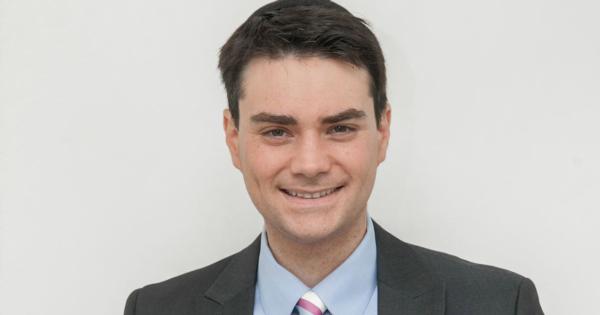 DePaul University told the DePaul Young Americans for Freedom (YAF) chapter that Shapiro will no longer be allowed on campus due to “security concerns,” reports The Daily Wire.

"So, I've been banned from DePaul. Because they're cowards."

"Given the experiences and security concerns that some other schools have had with Ben Shapiro speaking on their campuses, DePaul cannot agree to allow him to speak on our campus at this time,” Bob Janis, Vice President of Facilities Operations at DePaul, wrote in an email to the DePaul YAF chapter’s executive board.

Shapiro has been touring college campuses to deliver lectures to student groups, many of which have been heavily protested by students and administrators.

California State University, Los Angeles tried to cancel Shapiro’s speech in February, but Shapiro showed up to speak anyway. He was met by angry demonstrators who attempted to block the doors to the lecture hall. Protesters also pulled a fire alarm in an attempt to drown out the lecture, and Shapiro was ultimately escorted off the premises by police officers because of threats against his safety.

[RELATED: Anti-Shapiro protesters at CSULA say ‘hate speech’ should not be allowed on campus]

Shapiro encountered similar resistance at the University of North Carolina Chapel Hill, where leftist students staged a walkout of the lecture, but students eager to listen quickly filled the vacated seats.

Young America’s Foundation, which has been assisting Shapiro with his campus tour, released the following statement regarding DePaul’s decision to ban Shapiro from campus:

“For the past six months we have worked with Ben on a high-profile tour of college campuses and witnessed with our own eyes the vicious and threatening behavior of tyrannical leftists who have been programmed by progressive administrators to silence all speech they disagree with—If DePaul cannot trust its delicate liberal snowflake students and administrators to allow Ben to speak his mind safely and freely, it has utterly failed in its mission to "[foster] a community that welcomes open discourse."

Make no mistake, any security concerns we face on campuses are 100 percent incited by the censorious, intolerant Left. DePaul should publicly thank its Young Americans for Freedom chapter for boldly doing the school's job of providing "exposure to differing points of view" for it and allow Ben to speak, not begrudgingly, but happily. It's incumbent upon the intolerant Left, not hardworking YAF students, to allow conservatives to express their viewpoints without fearing for their safety. Thankfully, Ben, and YAF activists across the country, believe deeply enough in free speech to fight for their values, even as the Left attempts to intimidate them from even speaking.

If DePaul does not reverse its decision to ban Ben, it must immediately remove any claim to support free speech and expression from its website and marketing materials or become a fraudulent laughingstock.”

Shapiro has made several comments on his Twitter questioning DePaul’s commitment to free speech.

“Hey, @DePaulU, are you so afraid of your own student leftists' violence that you can't stand up for free speech?” he wrote.

“So, I've been banned from DePaul. Because they're cowards,” another tweet said.

Milo visited campus in May, but the stage was stormed by protesters who stole his microphone and refused to allow him to speak. DePaul said allowing Milo to return would create a “hostile environment.”

After the Milo ban, Vice President of Student Affairs Gene Zdziarski assured students, “DePaul will continue to work with student organizations to sponsor events and speakers representing a broad range of opinions on the issues of the day.”