Amber Athey White House Correspondent at The Daily Caller @amber_athey on Aug 15, 2016 at 9:15 AM EDT 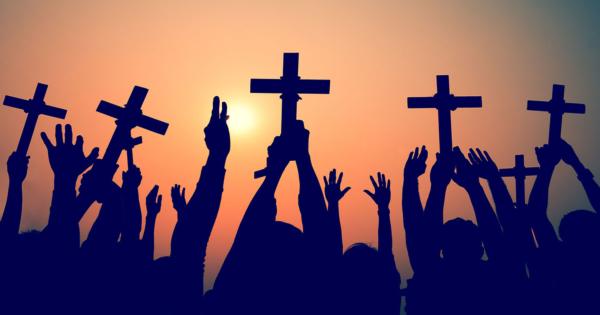 A California bill threatening religious freedom at private universities has been amended by its sponsor to remove a provision allowing LGBT students to sue religious colleges for discrimination.

California Senate Bill 1146 has been denounced by private religious institutions because it narrowed the types of colleges that could receive Title IX exemptions. As a result, religious colleges would either have to amend their faith-based practices or face losing state grant funding and being sued by LGBT students.

“As a gay Catholic man, nobody can dictate how I worship or practice my religion.”

[RELATED: Faith-based schools in CA could be sued for their beliefs, college prez warns]

Without a Title IX exemption, religious schools would be required to “provide housing for ‘transgendered students’ in dormitories of their choice…[and] penalized students at Thomas Aquinas College, or any other institution that holds to traditional religious views on marriage and sexuality, by barring them from participation in the Cal Grant program,” Thomas Aquinas College explains in a press release.

Sen. Ricardo Lara, who introduced the legislation originally, decided to amend his bill under immense pressure from religious groups and low-income students who would lose state aid if they attended a religious college.

The amendment removed a provision from the bill that would have narrowed Title IX exemptions for faith-based institutions, granting students the ability to file discrimination lawsuits should they face discipline for violating policies based on spiritual beliefs.

Another provision requiring exempt institutions to disclose their status, and to file a report with the state if they dismiss a student for violating a moral code, will remain in the bill, but religious institutions say that eliminating the lawsuit provision will enable them to withdraw their objections.

“We are very pleased with the apparent resolution to this controversy, not only for the sake of Thomas Aquinas College and our students, but also because we seem to have averted a dangerous precedent that would have compromised the religious liberty of all Americans,” remarked Dr. Michael F. McLean, the president of Thomas Aquinas.

The Los Angeles Times reports that Kristen F. Soares, President of the Association of Independent California Colleges and Universities, still wishes to see the final language of the bill, but has said that her group will likely support the bill in its amended form.

Sen. Lara explained that the intended purpose of the bill was to protect LGBT students who attend private religious institutions, and vowed that he would continue his efforts to roll back Title IX exemptions for such colleges.

“All students deserve to feel safe in institutions of higher education, regardless of whether they are public or private,” Senator Lara said when he first announced the bill in April. “California has established strong protections for the LGBTQ community and private universities should not be able to use faith as an excuse to discriminate and avoid complying with state laws. No university should have a license to discriminate.”

Even though he agreed to amend the current bill, Lara told the Times he will pursue further legislation next year, possibly including the restriction on who may claim Title IX exemptions.

“As a gay Catholic man, nobody can dictate how I worship or practice my religion,” he wrote on his official Facebook page.