U. of Oregon may rename two buildings over racial concerns 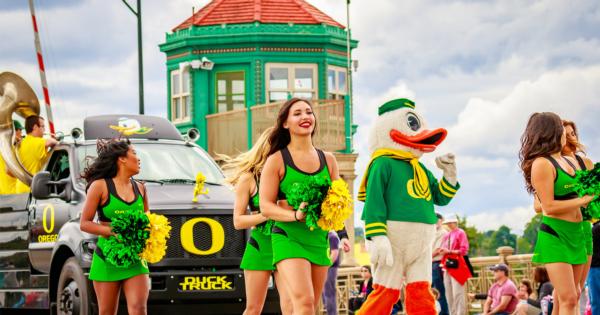 Two buildings named for allegedly racist men at the University of Oregon will likely be renamed after a Black Lives Matter-affiliated student group presented administrators with a list of demands.

Earlier this year, university administrators commissioned a team of historians to look into the allegations and have released a report on their findings, The Daily Caller reports. Deady Hall and Dunn Hall, named for Matthew Deady and Frederick Dunn respectively, both of which are located on the university’s flagship Eugene campus, are under scrutiny following a 2015 Black Lives Matter protest.

Last November, the UO Black Student Task Force emailed a list of twelve demands to four top university administrators. In its email, the group claimed that “the historical structural violence and direct incidents of cultural insensitivity and racism” on campus create an environment that prevents black students from succeeding.

The renaming of Deady Hall and other KKK-affiliated buildings is the first step in creating “a healthy and positive campus climate” for black American students, according to the task force.

In addition to “consistently scheduled meetings to check on the status and implementation of [its] demands,” the Task Force also called for funding for a black cultural center, the hiring of an African-American student retention specialist, the creation of a blacks-only scholarship, and a required ethnic studies 101 course for all students.

Other than renaming Deady and Dunn Halls, the university has declined to respond to any more of the Task Force’s demands so far.

On August 9, President Michael Schill released the results of the commissioned report detailing the historical backgrounds of Deady and Dunn. Three local historians worked on the project, according to The Register-Guard.

Matthew Deady, the report found, held decidedly racist views against blacks during many of his years as a judge and politician. In 1857, he presided over Oregon’s Constitutional Convention, which legislated a ban on free black Americans living in the state. “If we are compelled to have the colored race among us, they should be slaves,” Deady once said in a newspaper column.

However, Deady seemed to change his views by later supporting the 14th and 15th Amendments. In addition, he often ruled in favor of many Chinese immigrants and Native Americans during his tenure as a judge.

Frederick Dunn, a prominent professor at UO, was a member of Eugene’s Ku Klux Klan in the 1920s. He also held allegedly anti-Catholic views.

The report, Schill said, has made the decision even more difficult. “As I read the report,” he said, “the issues became more complicated.”

In the wake of several Black Lives Matter protests on college campuses, many universities are considering name changes for campus buildings. Students at Georgetown University want one of the residence halls to be renamed to atone for the university’s alleged involvement in the slave trade, even after it changed two of its building names last year. Protesters at the University of North Carolina have pushed to rename KKK-affiliated Saunders Hall. Yale University saw protesters demanding a name change for Calhoun College, one of its residential colleges, on the grounds that its namesake John Calhoun had been a supporter of slavery.

As part of the decision to rename the buildings, UO is encouraging students and community members to express their opinions through an online comment form available on the university website.

Schill will consider both the report and the opinions of students before making a recommendation to UO’s trustees in September. While the university’s Board of Trustees will make the final decision, Schill says they will “make it only after consulting with [the students.]”