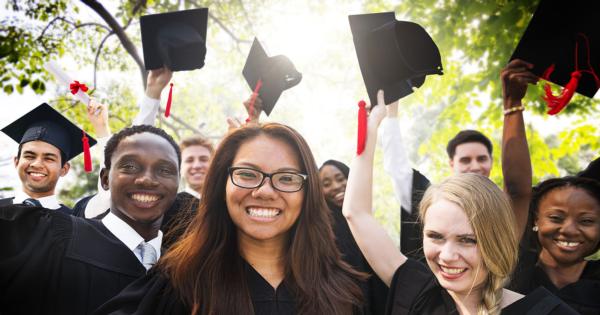 According to a dean at the Georgia Institute of Technology (GT), U.S. News & World Report needs to include “diversity” as part of their popular college rankings.

Gary S May, Dean of the College of Engineering at GT, argues that inclusion of diversity in college rankings would force universities to play up their diversity efforts, lest they suffer in the rankings.

“Factoring diversity into rankings will establish an imperative.”

“If U.S. News and similar organizations started paying attention to diversity, universities would start paying attention, because—rightly or wrongly—these rankings drive behavior,” he writes in an op-ed for Inside Higher Ed. “Factoring diversity into rankings will establish an imperative: attract and retain students from diverse backgrounds or risk university reputations.”

May says the benefits of diversity in higher education are obvious.

“Enhancing diversity is not about political correctness. Studies show diversity enriches students’ experiences and is an indicator of quality,” he states. “A diverse environment is consistent with the core mission of a university.”

Because diversity “enhances the quality” of an education, according to May, it is vital that U.S. News place pressure on universities to adhere to diversity measures or else slip in the rankings.

“If diversity is a national imperative (and it is), colleges and universities should just have to adjust, or they can focus their efforts on more achievable non-diversity-related ratings criteria,” the editorial argues.

Recently, in his online blog, May applauded the Supreme Court decision upholding affirmative action in higher education, though he concedes that GT has graduated a significant number of minority and female engineers without using race in admissions decisions.

His op-ed for Inside Higher Ed doesn’t mention affirmative action policies as a way to measure diversity, however. Instead, he says proper rankings may include “female and minority enrollment, retention and graduation rates, or even faculty diversity.”

He does not explain in the article how colleges could go about pursuing such goals.

May also concedes that U.S. News has already done a lot in the way of diversity, noting that he himself spoke on one of the panels at a conference on diversity in higher education hosted by the organization, and that U.S. News already maintains a diversity ranking list, although it is separate from the overall college rankings that attract the most attention.

Despite its “noble intentions,” however, May asserts that U.S. News has simply not done enough to foster diversity in higher education.

“The publication, for all its noble intentions, could do more to follow through where it counts,” he complains, claiming the outlet “is missing an opportunity to use its powers for good.”