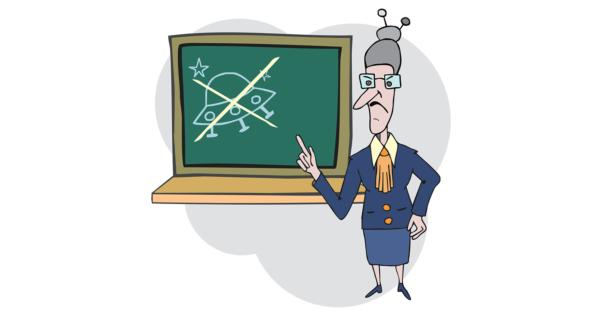 A University of North Carolina, Chapel Hill professor claims that the lack of Republicans among UNC faculty is due to their “anti-science” positions on evolution and climate change.

In an op-ed for The Charlotte Observer Tuesday, neuroscience professor William Snider attacks the idea that Republicans are underrepresented in academia because of ideological discrimination, arguing instead that conservatives are simply not naturally suited to academia.

“Conservatives are better represented in the most scientific disciplines, such as engineering or physics.”

“In 17 years of experience with hiring faculty at the School of Medicine at UNC-Chapel Hill, I have never heard political affiliation mentioned in any job search,” Snider claims. “There is certainly no place for information about it on the application form.”

[RELATED: BOOK REVIEW: Passing on the Right: Conservative Professors in the Progressive University]

Rather, he says, there are other, “more objective explanations” for the 12:1 ratio of Democrat vs. Republican faculty members at UNC.

One such explanation, Snider argues, is the “anti-science attitude” adopted by Republicans, citing as evidence a 2013 Pew poll finding that only 43 percent of Republicans believe humans evolved over time. The study surveyed just 433 Republicans.

If it is the case that Republican leaders don’t believe in evolution, Snider asks, “how can scientists support them?”

More concerning, according to Snider, are Republican positions on climate science, on which issue he accuses the GOP of kowtowing to the interests of business instead of acknowledging “the conclusions of the overwhelming majority of scientists who are developing and testing climate models.”

“Most scientists cannot imagine that National Academy of Science or Royal Society members would participate in a conspiracy to manipulate data and conclusions,” he writes. “It is also apparent to anyone who follows the issue that many of the statements claiming that climate science is a hoax are compromised by economic self-interest related to companies and individuals who profit from fossil fuels.”

Snider also accuses Republicans of being unable to engage in rational discourse with their Democratic peers, listing it as yet another reason that they don’t fit in at the university.

“If people want to debate women’s reproductive issues or the integrity of elections, interested university faculty in the relevant areas would welcome these discussions,” Snider asserts. “But how should we react when partisan legislation on these issues is justified by catch phrases like ‘protecting women’s health’ and ‘massive voter fraud’ and passed without any serious discussion?”

According to Jon Shields and Joshua Dunn, conservative professors and authors of Passing on the Right: Conservative Professors in the Progressive University, Snider’s arguments about Republicans being unfit for the academic life are actually quite common among liberal professors, though they contend that such assertions are demonstrably inaccurate.

“Many academics still blame the underrepresentation of right-wing thinkers on the cognitive and psychological limitations of conservatives,” Shields and Dunn observe in the book, but point out that this view does not allow for the “distinction between populist and intellectual expressions of right-wing ideas.”

In another contradiction of Snider’s assertions, Shield and Dunn assert that their research did find evidence of a bias toward hiring liberal professors, whether conscious or not.

One study cited in Passing on the Right saw that 53 percent of faculty members “harbor negative sentiments toward evangelicals,” while another noted that 38 percent of social psychologists would be more inclined to hire a liberal candidate over a conservative, leading Shields and Dunn to conclude that “a growing body of evidence suggests that ideological discrimination in hiring, promotion, and publishing is real.”

Even though Snider suggests Republicans are not intelligent enough to become professors, he does admit that having an overwhelmingly Democrat-majority faculty may have unintended consequences.

It is not a lack of intellectual diversity that concerns Snider, though; it is the risk that Democrats might become victims of their own success if politicians in Republican-controlled states replace public university administrators with ideological allies.

Ultimately, he predicts, “the private colleges and universities will continue to prosper via endowments and high tuitions, their faculty will remain heavily Democratic, and the wealthy will continue to send their children there.”