Rutgers: to avoid microaggressions, only speak when 'necessary' 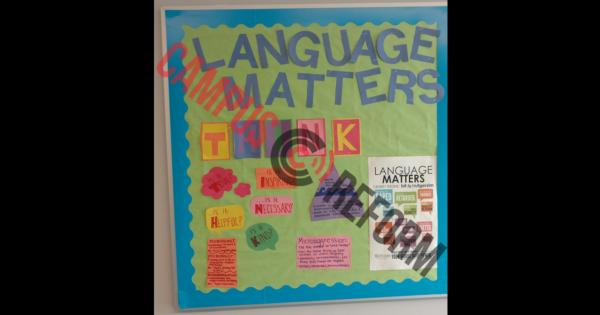 Students in at least one Rutgers University residence hall are being encouraged to use only language that is “helpful” and “necessary” to avoid committing microaggressions.

The display, photos of which were obtained by Campus Reform, is titled “Language Matters: Think,” and was placed in the College Avenue Apartments by a resident assistant, according to a current resident of the building who does not wish to be identified.

Victims of microaggressions are “more at risk for illness & decreased immune system.”

Erected as part of the university’s “Language Matters” campaign, the bulletin board instructs students to ask themselves whether their choice of words is “true,” “helpful,” “inspiring,” “necessary,” and “kind” before speaking out, and also includes a list of potentially-offensive terms, such as “retarded” and “illegal aliens.”

The board warns students that failing to follow these guidelines could lead them to commit a microaggression, which include “microassaults,” “microinsults,” and “microinvalidations.” 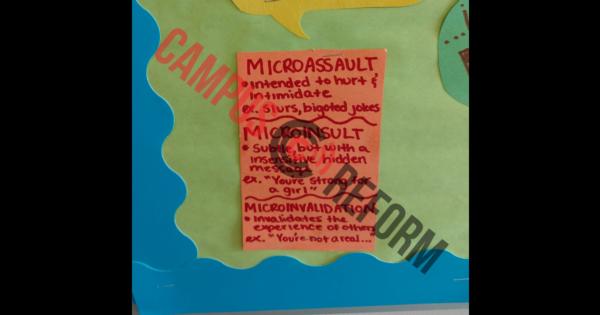 Also included on the bulletin board is a flyer from the “Language Matters” campaign, an initiative launched by the Center for Social Justice Education and LGBT Communities some time during the 2015 fall semester.

The flyer, which was adapted from the University of Maryland’s “Inclusive Language Campaign,” lists various terms that some people might find offensive, presenting scenarios such as saying “he looks like a terrorist” to someone who is “a United States veteran;” using the phrase “that’s so ghetto” around someone who “grew up in poverty;” and commenting that an “exam just raped me” in the presence of “a survivor of sexual assault.” 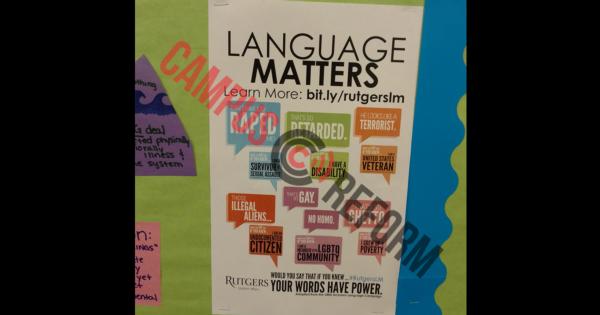 The “Language Matters” website includes a presentation similar in nature to the flyer, outlining the “big impact” of “little things” and providing examples of the three types of microaggressions.

A microassault may include “avoiding someone,” for instance, while an example of a microinsult is telling someone they are strong for a girl. A microinvalidation, meanwhile, could involve asking an Asian or Latino person where they are from.

[RELATED: Rutgers: No such thing as ‘free’ speech]

Simply avoiding offensive language, however, is not enough according to Rutgers, which claims that microaggressions can also be “nonverbal” and “environmental,” but fails to elaborate further.

Rutgers also has a Bias Prevention Education Team that handles reports of microaggressions and other “bias incidents,” which experienced a surge of reports after alt-right commentator Milo Yiannopoulos visited campus last semester, the anonymous student claimed. Liberal students memorably protested the event by covering themselves in fake blood, but still complained vehemently that the university had tolerated what they deemed “hate speech.”

[RELATED: Rutgers students smear themselves with fake blood to protest ‘Most Dangerous Faggot’]

Rutgers president Robert Bachi defended Yiannopoulos’ right to speak on campus despite expressing views that may be considered offensive, but the “Language Matters” campaign contradicts that message through 60- to 90-minute workshops examining how “negatively charged words...create a damaging environment for all of society,” during which presenters seek “to demonstrate how microagressions hinder our ability to have a diverse and inclusive society/community."

The bulletin board in the College Avenue Apartments building admits that so-called microaggressions are often unintentional, but preemptively rejects the notion that promoting inclusive language is “making a big deal out of nothing.” 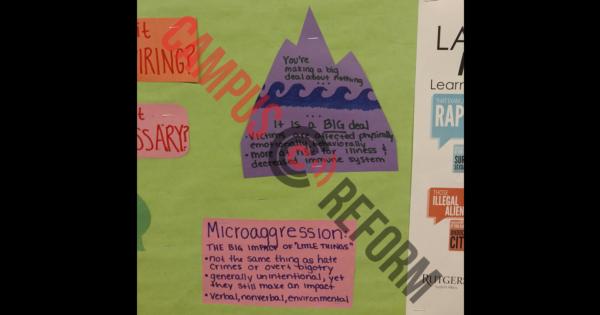 According to the display, even though microaggressions are “not the same thing as hate crimes or overt bigotry,” they still affect victims “physically, emotionally, [and] behaviorally,” placing them “more at risk for illness & decreased immune system.”

"Rutgers is a public university and all members of the university community have the right to free speech and free expression. We encourage open discourse in an atmosphere of civility and mutual respect.