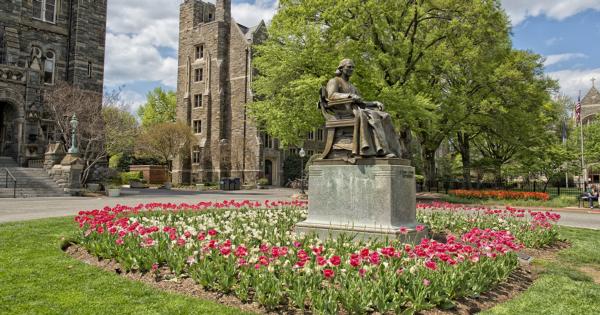 Georgetown University’s president appeared to backhandedly reject recommendations Thursday night that his school prioritize the descendants of slaves in the admissions process.

Speaking at Georgetown’s colloquium on racial justice, university president John DeGioia addressed news that his school would provide special accommodations for the ancestors of slaves who were owned by former presidents.

“Race is a construct. It was constructed in America.”

Thursday’s conversation was the culmination of a year-long effort to atone for Georgetown’s ancient ties to slavery, starting with the creation of a “Working Group on Slavery, Memory, and Reconciliation” convened back in 2015, which released its final report Thursday morning.

In that report, the working group recommends that DeGioia issue a formal, public apology for his predecessors’ actions as well as establish “an advantage in the admissions process” for the descendants of their slaves.

Notably, DeGioia did not offer any sort of public apology but rather stated that Georgetown would offer a “mass of reconciliation” in hopes of forgiveness.

What’s more, the final report suggests that the apology be “offered jointly with the provincial superior of the Maryland Jesuits,” but this sort of apology was not mentioned Thursday evening.

He did, however, declare that "we must acknowledge that Georgetown participated in the institution of slavery," adding, "we cannot do our best work if we cannot take ownership.

“Race is a construct," he asserted later in the address. "It was constructed in America.”