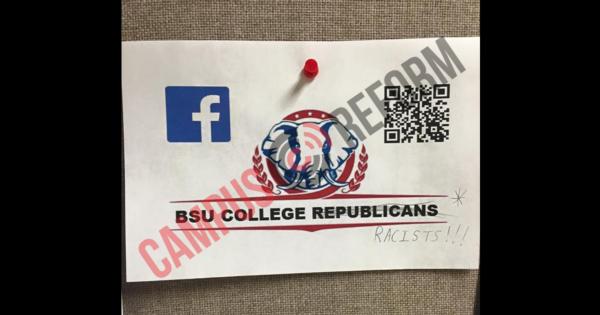 Dozens of College Republican (CR) posters were torn down and vandalized at Bridgewater State University for the second time, while a provocative Black Lives Matter display has remained on campus for over a year.

Jason Ross, president of BSU’s CR chapter, told Campus Reform that he had finished hanging up some advertisements for his group on Wednesday afternoon, putting the total number of CR posters on campus at 40. The next morning, however, he returned to campus to find that all 40 ads had been torn down or vandalized.

“I see tons of posters I don’t agree with but I don’t advocate for tearing them down.”

In one instance, the unknown vandals had scribbled out the word “Republicans” and replaced it with “racists,” which Ross said has happened at least once before.

Notably, some of the CR posters were hanging next to a prominent Black Lives Matter display on campus, which depicts a police officer kissing the bare-butt of an Uncle Sam caricature while shooting an African American man (bottom right). 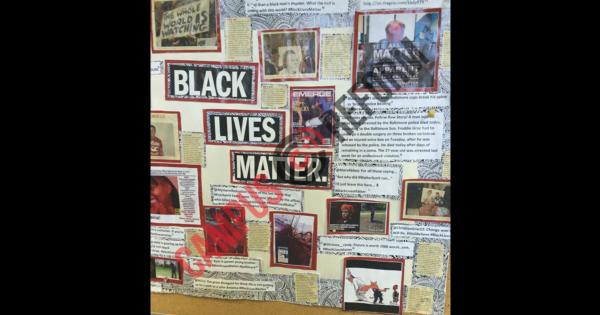 “That poster has been up for over a year, and mine didn’t even last for a day,” Ross noted, though he said it's not surprising, given that he attends one of “most liberal colleges in one of the most liberal states in the country.”

Ross notified his school’s office of student involvement and leadership of the incident, but was told there is nothing the school can do since there are no video cameras in the area.

“It’s outrageous,” he added. “I see tons of posters I don’t agree with but I don’t advocate for tearing them down.” 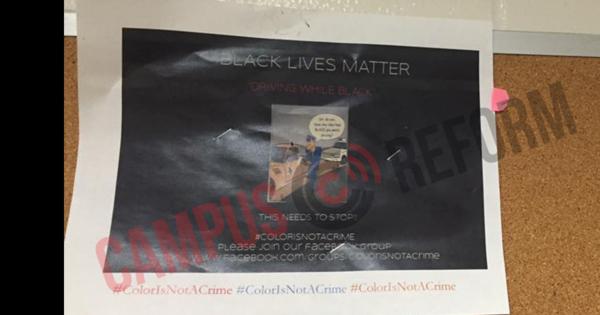 Campus Reform reached out to BSU for a statement on the matter but did not receive a response in time for publication.