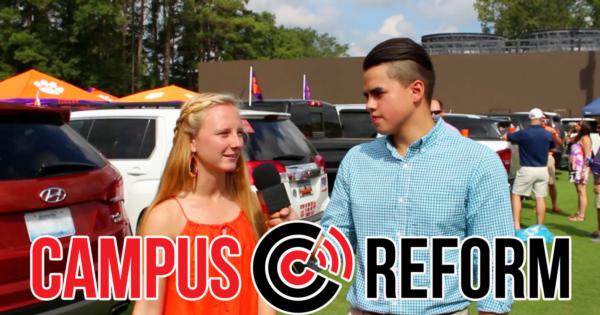 The GSG president and communications director, Tyrese Bryant and Brian Gaines, penned a letter Thursday called for Swinney to apologize for his comments against Kaepernick’s national anthem protest. The GSG members asked that Swinney apologize to not just GSG, but Clemson students, alumni, faculty, and community-at large.

However, on Saturday, Swinney was asked about his Kaepernick comments during a postgame press conference and did not offer an apology. Instead, he stated, “I don’t have any thoughts [on the controversy], I answered a question and some people didn’t like my answer.” Adding, “I didn’t come in here with an agenda, I just answered a question.”

The response to the GSG letter to Swinney was received so negatively by the community that the communications director who sent it resigned. However, his resignation has since been reversed, and Gaines will remain a part of Clemson’s GSG.

One Clemson IPTAY donor stated, “I think [Swinney] was exactly right in what he said.” When the donor was asked if Swinney should apologize, he responded, “absolutely not.” Adding that he thought Kaepernick’s protest was disrespectful.

Another donor commented, “No, I don’t think [Swinney] should apologize.” Adding, “[Swinney] wasn’t saying that’s how Clemson feels, that’s how Dabo feels, so if I was him, I wouldn’t apologize for my feelings either.”

“I definitely don’t think Dabo should apologize,” a Clemson student said, “[Swinney] has a platform to speak his mind, and I’m glad he’s doing that.”

“I think it was really cool how Dabo said how he felt about the situation. I respect [Swinney] for sharing how he actually felt about it,” said another student.

Campus Reform interviewed over 30 students, alumni, donors, and community members regarding Swinney’s comments — none of whom felt that Swinney should apologize for criticizing Kaepernick.