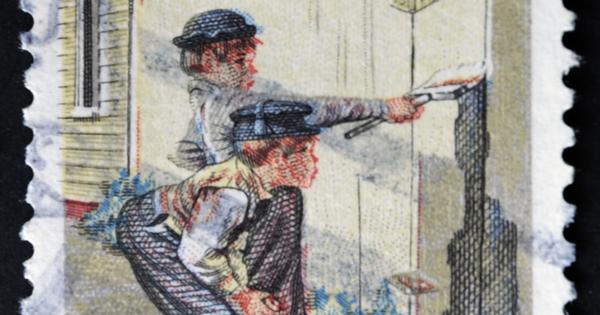 The “Update the Classics: Add a PC Subtitle” contest was announced September 19, and features the example submission, Tom Sawyer: Lessons in Whitewashing.

“Add a politically correct subtitle to the book of the week, and win the admiration of contrarians everywhere.”

“Add a politically correct subtitle to the book of the week, and win the admiration of contrarians everywhere,” the instructions state. “Winners will add a subtitle that transforms the book into something today’s sensitive yet resentful students can’t resist.”

The inspiration for the competition, NAS explains, came from a request by students at Columbia University for “trigger warnings” when studying mythology, particularly for tales involving rape.

Last year, in an op-ed for the student newspaper, four Columbia undergraduates wrote that the university has an obligation to provide trigger warnings to students, even for Greek mythology or romantic poetry.

“Ovid’s ‘Metamorphoses’ is a fixture of [Literature Humanities], but like so many texts in the Western canon, it contains triggering and offensive material that marginalizes student identities in the classroom,” the students argue. “These texts, wrought with histories and narratives of exclusion and oppression, can be difficult to read and discuss as a survivor, a person of color, or a student from a low-income background.”

NAS says it finds such disparagement of classic works to be regretful, hence the competition to humorously draw attention to the “progressive content” in the works.

For example, the organization suggests that a social justice reading of Crime and Punishment could focus on the story of a student so burdened by loans that he eventually kills his lender.

Another example submission suggests that “those tired of the jargon-filled tomes on ‘intersectionality,’ the idea that all oppression is linked, generally by capitalism, should try The Merchant of Venice. Members of two different ethnicities feud over money, demonstrating the capitalist origins of racial tension.”

According to the contest rules, NAS will propose a classic book (or series of books) as the subject for a satirical subtitle each week. Readers can enter submissions either on Twitter with the hashtag #PCSubtitle and the NAS Twitter handle, @NASorg, or else through the form on the contest page.

Winners will be announced weekly on the NAS website.