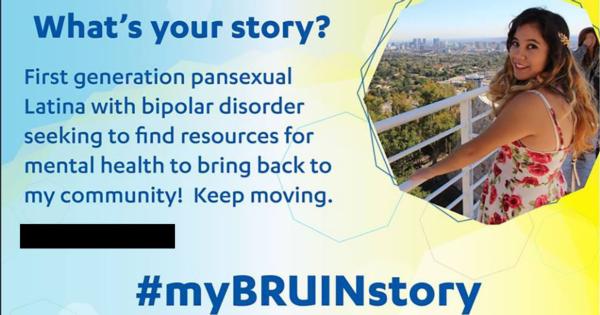 A UCLA event that was heavily encouraged for first-year students suggested that black students may fall victim to police brutality and told students to make sure they use inclusive language.

“Thanks to my [B]ruin community, I’m finally learning to actively live as a feminist.”

The Facebook page describing the event describes the show as “an event highlighting the real experiences of our current students and alumni in relation to the issues of diversity, identity, and social justice.”

New students were shuttled to the event by their resident assistants, and UCLA Resident Assistant Megan Hoffman told Campus Reform, “it was mandatory for all first years!”

Later into the event, there was a duologue performed by two black students who shared their opinions regarding police brutality and racism on campus.

“They shoot first and ask for my Bruincard second,” asserts the man in the duologue.

After the duologue, the emcees of the event entered the stage to define privilege and oppression to the student body.

The first emcee explained that privilege is an “advantage of power that was built on structural societal norms passed down from generations gained by control and injustice.”

“When you use your power and privilege at someone else’s expense, that’s called oppression,” the emcee continued. “We promise these words are important—just as important as diversity, equity, and inclusivity.”

The event continued with a skit about the expectation for students to be politically correct.

The skit cautioned students to be careful of their choice of language in conversation, using the setup of a group meeting for those who need help correcting their insensitive language.

“There was this one time my friend was bitching about all this homework he had to do, so I said ‘that’s gay,’” one actor scoffed.

[RELATED: Rutgers: to avoid microaggressions, only speak when ‘necessary’]

The actor who played the facilitator of the group meeting warned that certain words can take “a person's identity and turn it into an insult.”

As the event neared the end, the emcees proudly highlighted on the fact that UCLA is the first university to have an Undocumented Students Program aimed at providing aid and scholarship for undocumented students. The emcees held for applause while the crowd cheered.

Prior to “Welcome to Bruin Life Show,” students were encouraged on the Facebook page to “Discover the UCLA story through the eyes of your fellow Bruins,” and share their story with the hashtag, #MyBRUINstory.

Several posts made under the hashtag were shared by the official UCLA and UCLA Housing Facebook pages, including one student’s post describing themselves as a “first generation pansexual Latina with bipolar disorder seeking to find resources for mental health to bring back to the community!”

“Thanks to my [B]ruin community, I’m finally learning to actively live as a feminist,” gushed another post.

Campus Reform reached out to both Student Affairs and the Art and Global Health Center for comment, but did not receive a response.