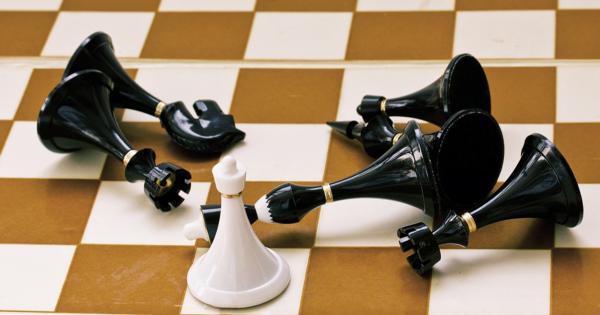 Appalachian State has done away with its Homecoming Court tradition in favor of a gender-neutral version.

Nine students will be selected to be part of the new “Homecoming Royalty” court, The Watauga Democrat reports, and the one who receives the most votes will be crowned not Homecoming King or Queen, but “Top of the Rock” at the Mountaineers homecoming game on October 22.

“In celebration of the University's commitment to inclusion...”

The Homecoming website cites Appalachian State’s mission statement as justification for the change, noting that one of the school’s goals is to "promote a spirit of inclusion that inspires students, faculty, and staff to form relationships extending well beyond graduation.”

[RELATED: ‘Privilege Board’ gets privileged placement at App State]

“In celebration of the University's commitment to inclusion, we will be selecting [nine] individuals who represent the best of the best that Appalachian State has to offer,” the school’s homecoming site explains.

"Appalachian's Homecoming Committee annually reviews all of the Homecoming events as they strive to improve the Homecoming experience for our campus, community, and alumni.” Director of University of Communications Megan Hayes told the Watauga Democrat.

"The 2016 Homecoming Committee looked at homecoming celebrations across the state [and] nation as part of this review, and decided to honor several students by selecting a group of ‘Homecoming Royalty’ finalists,” she continued. “From this group, through a student body vote, one student will be elected to represents the best of Appalachian, regardless of their gender.”

App State isn’t the first school to go down this path; the University of Wisconsin–Stout and Bethesda-Chevy Chase High School both beat ASU to the punch with their own gender-neutral homecoming courts.

“The new ‘royalty’ program provides an opportunity to recognize more students who can have a more meaningful role as ambassadors and not be bound by gender restrictions,” said Emily Ascher, a Campus Activities Coordinator at UW–Stout.

At Bethesda-Chevy Chase High School, Jacob Rains, the president of Student Government Association, said, “It is really not our job, especially with a gender-neutral and transgender population at B-CC, to tell people that boys have to be kings and girls have to be queens. Who are we to put people into those categories?”

“Appalachian has celebrated the Homecoming tradition for as long as anyone can remember,” the university’s website declares.