Peter Van Voorhis Contributor at The Washington Examiner @RepublicanPeter on Oct 12, 2016 at 9:47 AM EDT 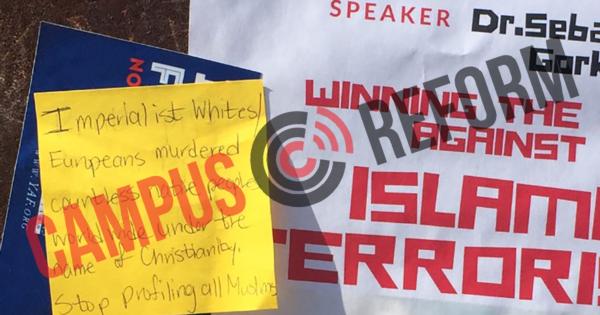 Saddleback YAF spent several hours this week putting up posters for the “Winning the War Against Islamic Terror” event featuring Dr. Sebastian Gorka, a national security expert and specialist on the threat of Islamic terror, only to have them promptly torn down by several different students.

“When the Left dislikes something, they'll just silence your freedom of speech.”

Members of the club caught several of their peers on camera ripping down posters and stuffing them in a nearby trash bin. While the identities of these students are unknown, one of them took to Facebook to brag about his accomplishment.

Yuliy Dubovyk, a student at the school boasted about “taking down some Islamophobic neocon propaganda (courtesy of Reaganjugend at Young Americans for Freedom)” and after doing so, stated that “it’s gonna be a good day.” A closer look at his Facebook page reveals that he is a supporter of the Party for Socialism and Liberation, an affiliate of the Communist Party in the United States. 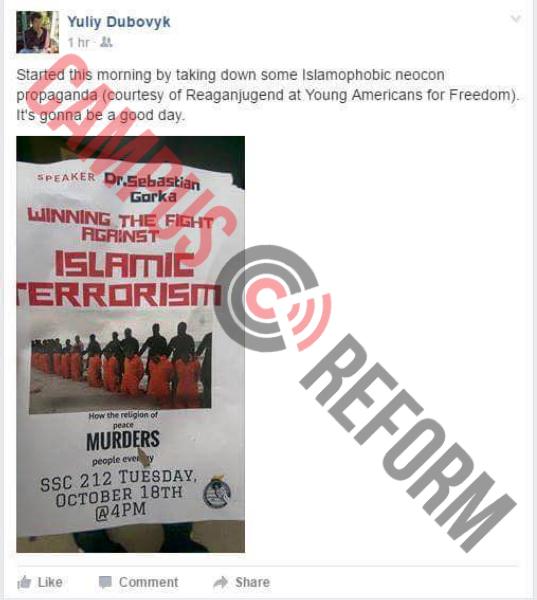 Another anonymous student left a note on one of their posters, stating that “Imperialist Whites/Europeans murdered countless native people worldwide under the name of Christianity. Stop profiling all Muslims.” 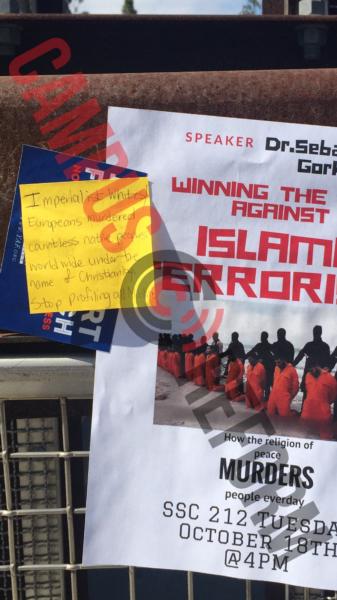 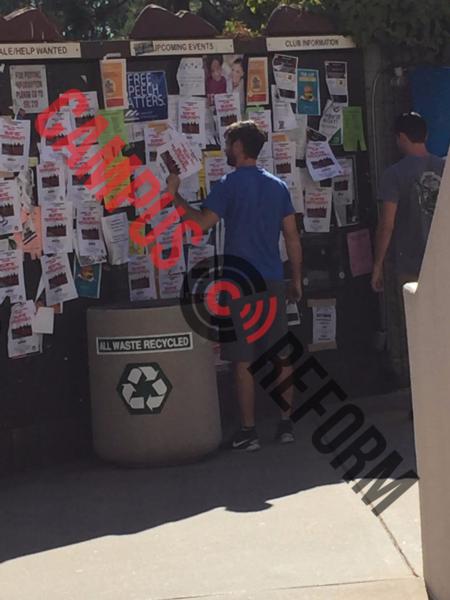 By mid-day, an entire poster board had been wiped clean of all the club’s posters. 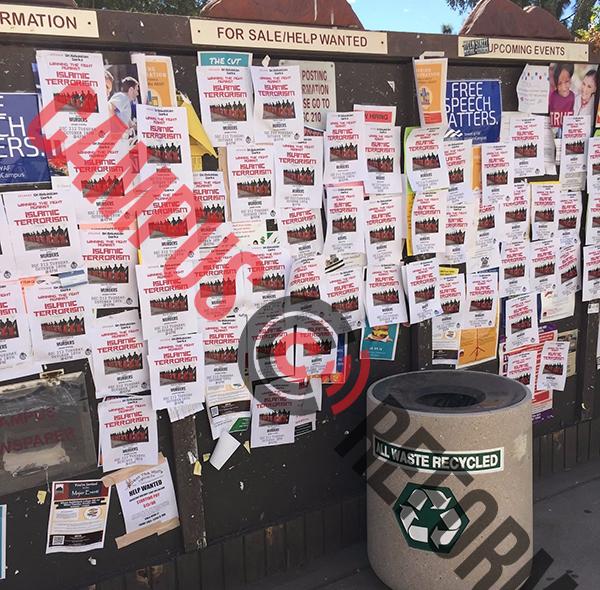 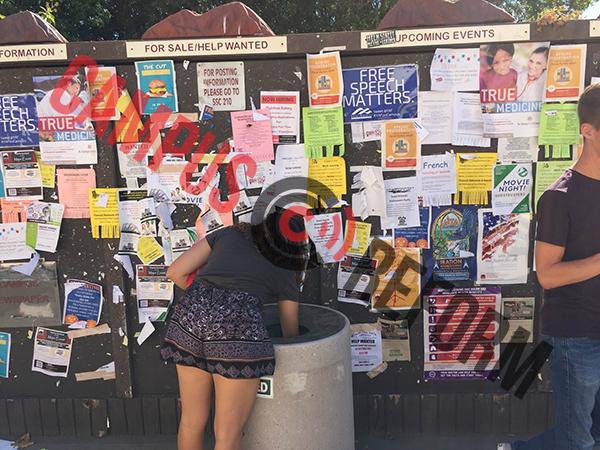 “I am extremely disappointed in the fact that despite posting only in the designated ‘free speech’ areas, our posters keep getting torn down,” Audra Leslie, Chair of the Saddleback YAF chapter, told Campus Reform, noting that the same thing has happened to the group in the past, once at the hands of an actual faculty member.

“When the Left dislikes something, they'll just silence your freedom of speech, despite the fact that college is a place specifically designed for open discourse,” Leslie remarked. “College is not a safe space and open discussion is our primary outlet to vocalize ideas that may challenge someone else's prior understanding of a topic. Being triggered should never be a reason to silence free speech.”

“I'm absolutely appalled that the school allows this vandalism to our posters,” concurred Thomas Columbus, Treasurer and Spokesman for the club. “I think it's absurd that people are so narrow minded and silence ideas that are different from them. I wish they would come to the event and voice their dissent rather than just simply ripping up our posters.”

“We are bringing Dr. Gorka because he has a great deal of credibility on the topic of Islamic terrorism,” Columbus continued. “I'm most excited to hear how he answers the tough questions that I know students will come prepared to pose. Within one day of posting the fliers for the event, we have already opened up the discussion of Islamic terrorism, which I am extremely proud about.”