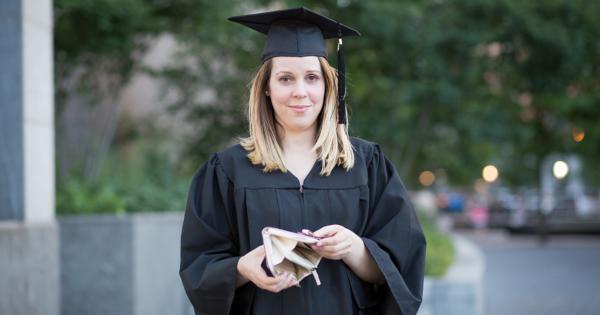 The University of Maryland will potentially slap students with a mandatory annual fee to help fund its Title IX office, even though the office’s budget has nearly doubled in the past two years.

The Student Government Administration voted recently to approve a $34 annual fee on students in response to complaints from the school’s Title IX officer that her office was underfunded and in need of new staff, reports Buzzfeed News.

“It’s not something I’m excited about, but it gets us to fully funding the office in a short amount of time.”

UMD hired its first full-time Title IX coordinator in 2014, when the office received $643,000 in annual funding, a budget that has since grown to just over $1 million for 2017.

The director of the Title IX office, Catherine Carroll, told Buzzfeed that despite the massive increase in funding, her staff is “burned out” from having to comply with the Obama administration’s Dear Colleague letter demanding that schools investigate sexual assault cases within 60 days, noting that at UMD, Title IX investigations take an “unacceptable” average of 140 days.

“In all honesty, I hesitate to put that out there that this is where you come if you’re experiencing discrimination and want to file a complaint, because we have a limited capacity to respond,” she said during the SGA meeting at which the fee was approved.

In addition to Carroll’s role, the office currently has four full-time investigators, who last year were responsible for investigating 15 student rape allegations, leading to four expulsions.

The SGA hopes the new $34 fee will buoy the struggling office’s efforts, albeit at the expense of student’s pocketbooks, projecting that the fee will raise nearly $1 million in additional Title IX funding.

“The university has failed in their responsibility to fully fund this office,” declared SGA Vice President of Student Affairs A.J. Pruitt. “By putting in a proposal to add an additional fee—that’s placing another financial burden on students. It’s not something I’m excited about, but it gets us to fully funding the office in a short amount of time.”

According to The Diamondback, the Committee for Review of Student Fees must examine all modifications to student fees before sending them to the university president and the Board of Regents for consideration of final approval.

If each of the parties endorses the move, the fee hike would take effect next fall.

The university told Buzzfeed that it supports the student contribution, but The Diamondback reports that the Residence Hall Association (RHA) also plans to introduce its own bill asking UMD to match the funding raised by student fees, with an eye toward lightening the burden borne by students.

"So while the student fee [would] be $34 per semester, that can hopefully be lowered so there's less impact on students, and the ability to pay for the Title IX Office is spread throughout the major stakeholders of the university," explained RHA liaison Dana Rodriguez, adding that she hopes the match-funding will make Title IX funding more “sustainable” by shifting more responsibility onto the university.

"Commitment to the Title IX Office is extremely important to how we function as a university," Rodriguez said. "The immediate solution was to get students to pay for it because the university wasn't stepping up, so the motivation as we look forward into years way beyond is, 'How are we going to get Title IX funding to be sustainable?'"