Peter Van Voorhis Contributor at The Washington Examiner @RepublicanPeter on Oct 14, 2016 at 10:21 AM EDT 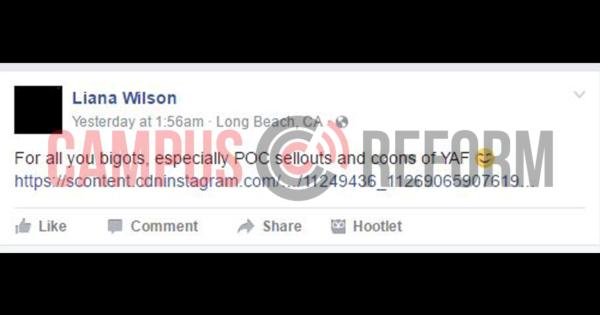 Liberal activists tore down flyers for a pro-life event at California State University, Los Angeles Thursday, replacing them with posters encouraging women to get abortions.

“The leftists are purposely obstructing us and framing us as misogynists just because we side with life.”

Parker is slated to “talk about abortion and how it's devastating to at risk communities,” explained CSULA YAF Chairman Mark Kahanding. “Hearing about her story is so inspiring, and the students at CSULA deserve to hear from such an amazing speaker.”

The club spent several hours putting up posters all around campus, only to see them destroyed in a matter of minutes by campus leftists, who proceeded to replace them with new flyers unabashedly promoting abortion and Planned Parenthood, as well as with circulars from the International Socialist Organization advertising an upcoming event on “Women’s Liberation.” 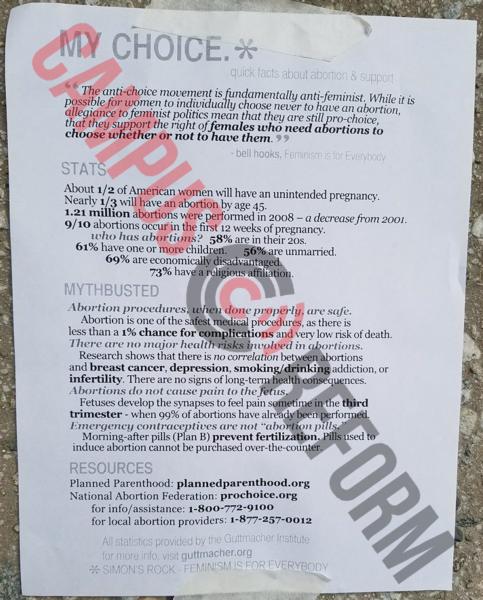 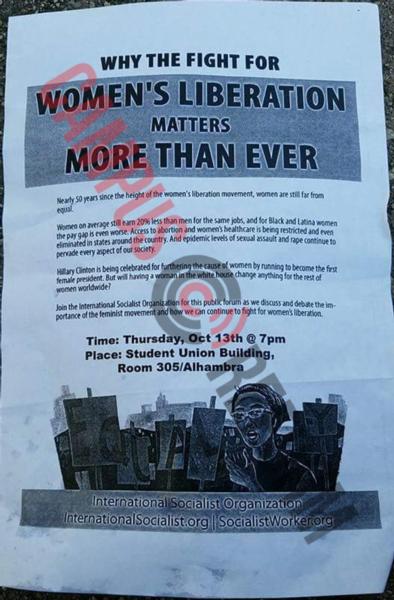 In video originally obtained by Young America’s Foundation, a YAF member asks the perpetrators why they are tearing down their posters, to which their blunt response was, “because y’all [are] fucking retarded, that’s why.”

After the event, a student took to Facebook to denounce YAF members as “POC sellouts and coons of YAF,” attaching a link to a different post asserting that America is a country “that is run by cis white males that believe abortion is cold murder but killing black people is not.” 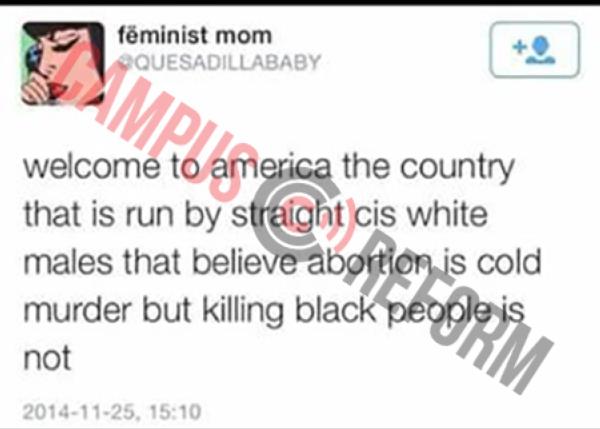 “Free speech only applies to the leftists on college campuses. It gets harder and harder for conservatives to express their views when their own peers obstruct them, and at times it gets really frustrating,” YAF member Kevin Amador told Campus Reform.

“The leftists are purposely obstructing us and framing us as misogynists just because we side with life,” he noted, but added that “Young American's for Freedom is here to bring back democracy and help conservatives stand up to their beliefs.”

Kahanding offered a similar take on the matter, observing that conservative students have been subjected to similar treatment repeatedly on the CSULA campus, including one incident that took place just two weeks ago in which two angry students were caught tearing down flyers promoting a speech by Christina Hoff Sommers, and even sought to justify the vandalism as “free speech.”

“We’re disgusted but not surprised at this outrage, because the Left on campus is showing its true colors. They are the ones who want to separate us by race, while conservatism binds us all together in the name of liberty and freedom,” Kahanding said. “We intend to show that bold activism is the only weapon in defeating the Left on campus and restoring academia to it's former self.”