Amber Athey White House Correspondent at The Daily Caller @amber_athey on Oct 18, 2016 at 9:58 AM EDT 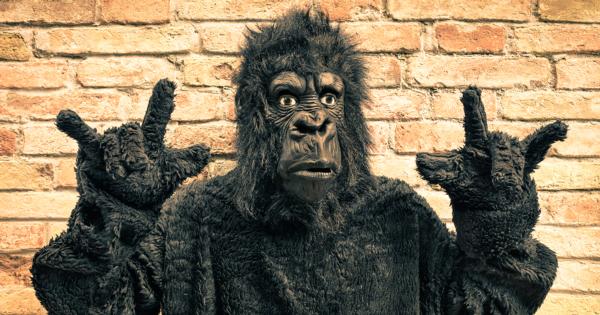 A hotline for University of Florida students to report culturally insensitive Halloween costumes has backfired after a Fox Sports commentator instigated a series of prank calls to the number.

UF sent a newsletter to students on October 10 encouraging them to avoid Halloween costumes that could “perpetuate negative stereotypes” or cause “harm and offense” to other students, and urging anyone offended by such costumes to call a 24/7 counseling and wellness hotline.

“It drives me crazy how much of wusses these college kids are these days...”

The hotline quickly turned into a running joke, however, after Fox Sports commentator Clay Travis prank called the line during one of his live shows, pretending to be a gay student offended by a Harambe costume.

“I went to a fraternity party last night and there was somebody dressed as Harambe, the gorilla, and I found it to be really racially insensitive,” Travis said on the call. “It’s really disappointing that the University of Florida is not taking my microaggressions seriously because, I mean, I’m really upset about this costume that I saw.”

“It drives me crazy how much of wusses these college kids are these days with their microaggressions and their trigger warnings and their safe spaces,” Travis explained during his radio show.

UF spokeswoman Janine Sikes said the prank calls have clogged up the hotline, which is not exclusively for students to complain about Halloween costumes, but rather is a general line intended for students suffering from any type of crisis or mental health issue.

“Our role is to support students,” Sikes told The Alligator, “and when we are diverted to having to deal with people calling in fake reports, we aren’t there to help our students.”

In addition to calling the wellness hotline, the newsletter also encouraged students to email the “U Matter, We Care” program and report offensive costumes to the Bias Education and Response Team so they can “educate those that were involved.”

Sikes, though, protested that the newsletter regarding Halloween costumes was simply a reminder to students to be sensitive to others when choosing a costume, and not any sort of university edict or policy.

“The university in no way is regulating Halloween costumes,” she argued. “Our students are free to wear whatever costumes they want.”