Sorority claims 'whites wanting to be black' is 'white privilege' 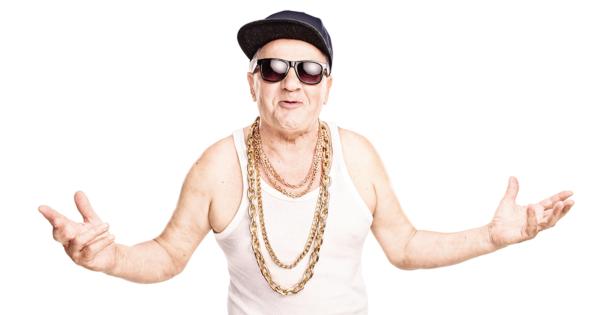 Lambda Tau Omega’s Krystallyne Kappa Chapter at The College of New Jersey (TCNJ) recently hosted a seminar to highlight what it sees as an epidemic of “white privilege” on campus.

The event, simply titled “White Privilege,” took place on October 3 in the Business Building at TCNJ, but the sorority acknowledged that it was difficult to spur interest at the predominantly-white school.

“I’m...getting a scholarship from going here and people think I’m going here only because of my race.”

“It’s really hard to get people to actually come to these things...especially when it says ‘White Privilege,’” Lambda Tau Omega President Dyliah Bryant told The Signal. “Once again, it’s just something they’re avoiding the discussion of. And that’s our goal—to make it a discussion.”

Participants addressed issues ranging from an alleged lack of minority professors at TCNJ to racial profiling, and even touched on the judgments individuals face for their fashion choices.

“There are barely any black or Hispanic teachers,” one student lamented during the event.

“If I have dreads, I could have came [sic] from a family who really loves dreads,” another attendee pointed out, asking, “Why are you going to judge me because I have dreads?”

Caitlyn Fair, a Lambda Tau Omega and TCNJ alumna who is now a teacher in the area, told the assembly that the conversation is necessary because many people deny the existence of white privilege, or else employ the phrase “I don’t see color” as a means of avoiding the subject.

Also problematic, one participant asserted, is the phenomenon of “whites wanting to be black.”

Notably, affirmative action was obliquely targeted as a source of white privilege, with one student recounting that some her peers apparently assume that she is only attending TCNJ on a scholarship because she is a minority.

“I’m a student that’s getting a scholarship from going here and people think I’m going here only because of my race...which is not a fact,” said Sabrina McIntosh. “I’ve worked just as hard as anyone else. My GPA is high…Just assuming I’m going to a predominantly white school because of my color is just something privileged people tend to say a lot.”

There was also talk of police profiling, with Fair recounting a story about one of her students chatting with her through her car window in a known drug area when “a cop pulled up…and basically ran down on this kid and another kid who was on the other side of my car, asking them all these questions and just being really rough and I’m like, ‘Yo, this kid is 12.’”

The sorority used a photo to promote the event that was taken from the now-defunct Un-Fair Campaign, which was created to provoke a national discussion about white privilege.

According to The Blaze, the campaign employed posters featuring images of white people with messages drawn on their faces, such as “Is white skin really fair skin?” and “you give me better jobs, better pay, better treatment, and a better chance—all because of the color of my skin—and you don’t even know you’re doing it.”

[RELATED: Another university sponsors campaign teaching students it is ‘unfair’ to be white]

Per Lambda Tau Omega’s website, “The Sorority was founded on the principles of womyn empowerment, multiculturalism, and commitment to service with a particular focus on the welfare of children.”

Campus Reform reached out to Lambda Tau Omega but did not receive a comment by press time.