VIDEO: The PC police take over at UMD 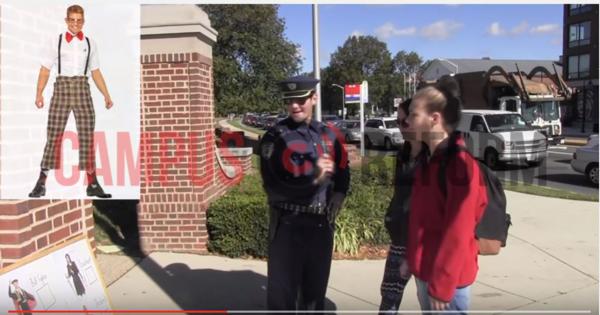 With Halloween upon us, millions of Americans are ready to don their favorite costumes and spend the evening in pursuit of free candy and a good time.

At college campuses around the country though, Halloween has become a far less joyous day. In an attempt to prevent students from being offended by the costumes of their peers, Universities are increasingly banning seemingly innocuous outfits.

"I identify as a nerd, so I might feel OK wearing a nerd costume..."

Everything from ninja or cowboy costumes to Harambe costumes have been shunned because of their “insensitive” nature.

With this in mind, Campus Reform headed to the University of Maryland to find out what students thought of their limited costume choices, and see how the students there felt about the “PC Police” taking over campus.

“See, I identify as a nerd, so I might feel OK wearing a nerd costume,” one student noted when presented with a list of “offensive” costume ideas, though she rejected the notion that someone should be able to wear a ninja outfit if they identify as a ninja.

Another student, pondering the extensive list of problematic costume themes, suggested that the only recourse is for students to go as something “neutral,” though he conceded that that might make for a fairly “boring” Halloween.

Campus Reform also went undercover to ensure that Fraternity houses at UMD wouldn’t be tolerating any “offensive” costumes on campus, and found that most were eager to comply.

“Halloween costumes are very controversial sometimes,” concurred one frat member when the PC Police arrived at his door, enthusiastically agreeing that his house would take steps to ensure that there is no crying or hurt feelings this Halloween.

Watch the full video to see the hilarious responses.