PC faculty try to get conservative colleague fired for opinions 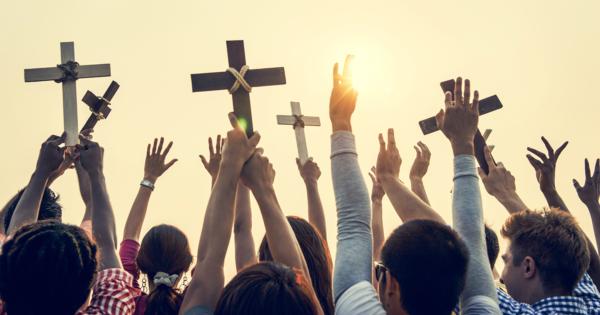 Students and faculty at a Catholic college are up in arms over a professor suggesting that Catholic unity is more important than cultural diversity.

In a September op-ed for Crisis Magazine, a Catholic publication, Literature professor Anthony Esolen argues that society’s increasing focus on the secular culture of ethnicity undermines unity within the Church.

“As PC Faculty, we pledge to break the silence around systemic racism and discrimination.”

“How is it possible for people ever to be truly at one with each other, unless they behold the same object of wonder, and lose themselves in that wonder?” he asks. “Is not that experience of God, whose ways are not our ways nor are his thoughts our thoughts, the single most powerful experience of difference, yet an experience that is also made intimate for us, one with us, by the incarnation of the Son of God?”

Esolen subsequently penned another op-ed in October arguing that certain types of Catholics, whether motivated by spiritual ambivalence or actual hostility toward the Church, make themselves into allies of the secular left and work to break down the traditions and institutions that do not align with modern secular values.

“Someone at school then got hold of them and, before I knew it, I was in the middle of outrage, coming mainly from a group of students who I believe have been misled by radical professors who have adopted politics as their god,” Esolen told The American Conservative. “The students accused me of racism, despite my explicit statements in the articles that I welcome people of all ethnic and racial backgrounds, and despite my appeal, at the end of one of the articles, that they and their secular professors should join us in that communion where there is neither Greek nor Jew, etc.”

The offended students proceeded to organize a protest on campus, which Esolen said is “unheard of” at Providence.

“About 60 students marched around, while a female student led them around, shouting slogans through a bullhorn,” he asserted, recalling that she exclaimed something like, “What do we want? Inclusion! When do we want it? Now!”

The students then marched to the president’s office, where they demanded that Esolen be fired.

The school’s president, Fr. Brian Shanley, responded to the demonstration with a letter to the entire campus community reluctantly conceding that Esolen “is protected by academic freedom and freedom of speech,” but also disavowing any institutional endorsement of Esolen’s opinions.

“When a professor questions the value of diversity, the impact on many students, faculty, and staff of color is to feel that their presence is not valued and that they are not welcome at Providence College,” Shanley wrote, noting that “I have heard from many students about the pain that this causes.”

Esolen told The American Conservative that he and his supporters were outraged at being “singled out and exposed before the whole faculty, very few of whom were probably even aware that there was such a thing as Crisis Magazine; and of course they and the students are not my audience when I write for Crisis or whatever.”

The following day, Esolen recounted that Shanley met with faculty to discuss the situation, but said “all they did for a solid hour was to revile the evil Professor Esolen,” though he did receive some support from “old-fashioned liberals” concerned about free speech.

“As PC Faculty, we pledge to break the silence around systemic racism and discrimination on Providence College’s campus,” the petition declares. “As a diverse coalition of students have consistently highlighted, such statements are part of a broader pattern of racism, sexism and other forms of hate that are all too common not only on campus, but in the broader public culture.”

The faculty conclude the petition by asserting their commitment to “ensuring that marginalized groups are not further marginalized in the classroom,” as well as to “addressing anti-immigrant and anti-black racism on campus, creating a more diverse and inclusive community, and implementing student demands,” which they say “is vital to respond to these recent examples of hateful speech and actions.”

Esolen pointed out in his interview with The American Conservative that he was accused of racism even though he said he welcomed people of all races and background in his columns, and that “secular professors should join us in that communion where there is neither Greek nor Jew.”

Taking it a step further, he said that some faculty members are still trying to see if they can pin him as biased and hateful and therefore unsuited to teach certain types of students, such as gay or female students.

At this juncture, Esolen, who is tenured, considers it highly unlikely that he would be fired for his writings, but did say he has been informed that there are ways that the school could get around that protection, if the administration so desired.

When it comes to culture, Esolen believes the goal should be to rebuild Christian culture, saying “the world is leveling every cultural institution in its path—we must save them or rebuild them from the dust, for the world’s own sake, and for God’s.”