Amber Athey White House Correspondent at The Daily Caller @amber_athey on Nov 10, 2016 at 7:40 AM EDT 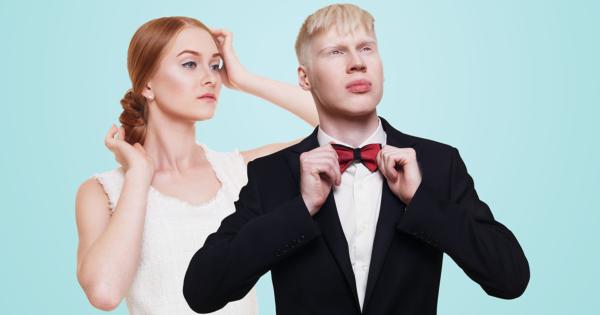 The University of Michigan recently released a guide for creating gender-inclusive classrooms, advising professors to avoid “harmful” phrases like “ladies and gentlemen” and “your mom and dad.”

The guide was released October 26 by the UMich Center for Research on Learning and Teaching (CRLT), which says its mission is to “promote excellence and innovation in teaching in all 19 schools and colleges at the University of Michigan.”

“The concept of ‘preferred’ pronouns can make a trans person’s pronouns seem less than absolutely necessary.”

The primer on Designating Personal Pronouns and Moving Toward Gender Inclusive Classrooms begins by referencing the school’s recent decision to allow students to designate their own names and pronouns for use on class rosters, and explains strategies educators can use to promote inclusiveness in their classrooms.

For example, professors should “examine” their language and make sure they aren’t using words or phrases that could be considered heteronormative, sexist, or gender non-inclusive.

Referring to students as “ladies and gentlemen,” for example, could be perceived as “normalizing gender binaries,” and is thus problematic.

The guide warns that professors should also avoid phrases that “reinforce heteronormative assumptions,” like saying “your mom and dad” when referring to someone’s parents.

UMich says that although these words and phrases may seem normal and harmless, they can send “unintentional and harmful messages” to students. In order to avoid alienating students in this way, the guide suggests that professors reference the Spectrum Center to understand the “full spectrum” of gender identification.

In addition to avoiding “harmful” language, professors should also update syllabi with gender-inclusive statements reminding students that they can use whichever names or pronouns they desire.

“All people have the right to be addressed and referred to in accordance with their personal identity,” reads part of a sample syllabus statement. “In this class, we will have the chance to indicate the name that we prefer to be called and, if we choose, to identify pronouns with which we would like to be addressed.”

However, UMich decries students who choose pronouns in a “disrespectful manner,” referring to student jokester Grant Strobl, who mockingly changed his official UMich pronouns to “Your Majesty.”

Moreover, the guide dives into the problematic nature of referring to “gender-nonbinary” pronouns as “preferred pronouns,” linking to a blog outlining the “negative consequences” of calling alternative pronouns “preferred.”

“The concept of ‘preferred’ pronouns can make a trans person’s pronouns seem less than absolutely necessary,” the blog explains. “The language of preference implies that yeah, I’d prefer if you use these pronouns for me, but it’s not that important.”

“My pronouns are they/them, and that’s the end of the discussion,” the blog declares.

Campus Reform reached out to the University of Michigan for comment but did not receive a response by press time.