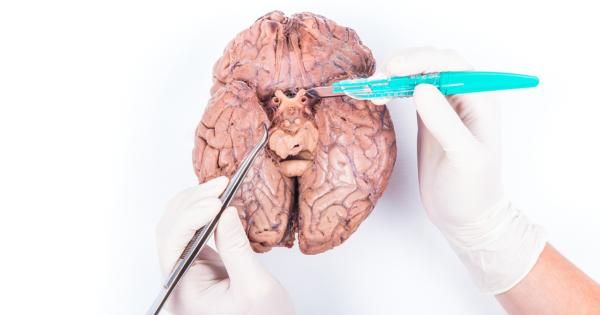 Indiana University (IU) is defending its research practices following the revelation that it purchased brain tissue from two aborted fetuses for $200 each in 2013.

Indiana Right to Life has obtained invoice evidence of the purchase, which was made by IU’s Stark Neurosciences Research Institute from the University of Washington’s Birth Defects Research Laboratory.

“We’re sickened that a price tag of $200 was put on the brain of a deceased child ."

In May, IU sued the state of Indiana over part of the 2016 Dignity for the Unborn Law, which bans the sale and relocation of aborted baby parts, claiming that restrictions on statewide abortions would be “catastrophic” for medical research that relies on fetal tissue from miscarriages and elective abortions.

The invoice lists two purchases made roughly three weeks apart, each designated simply as “brain” with a flat price of $200.

“Each aborted baby’s brain being dissected by Indiana University researchers belonged to a little boy or girl,” said Mike Fichter, President and CEO of Indiana Right to Life. “We’re sickened that a price tag of $200 was put on the brain of a deceased child whose life was ended in the barbaric practice of abortion."

IU has responded to Indiana Right to Life’s Twitter post, claiming that the purchases made were merely for shipping and handling and that they use “fetal tissue provided by NIH-approved labs specifically for research purposes.” 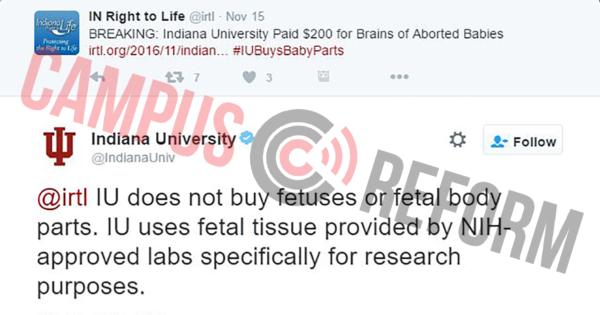 Indiana Right to Life has started a petition in hopes that it will persuade IU’s Board of Trustees to suspend further fetal research activities and alter their method to using adult stem cells, but the university maintains that it has done nothing ethically or legally wrong.

“Indiana University does not buy fetuses or fetal body parts,” the school told Campus Reform. “The university periodically acquires fetal tissue samples (with each sample weighing approximately ¼ ounce) provided by National Institutes of Health-approved laboratories, with consent from the mother, for its groundbreaking research to find cures for a wide range of diseases such as Parkinson’s Disease, cancer, blindness, diabetes, Alzheimer’s Disease, as well as other devastating neurological diseases.”

Marissa Gentry is an Indiana Campus Correspondent, and reports liberal bias and abuse for Campus Reform. She studies Environmental Science and Policy at Northeastern University and is involved in Young Americans for Liberty and Students for Sensible Drug Policy.