Peter Van Voorhis Contributor at The Washington Examiner @RepublicanPeter on Dec 01, 2016 at 10:21 AM EDT 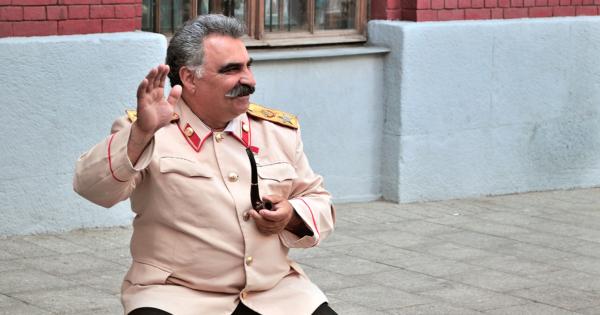 Karalee Geis, the student spearheading the effort to establish the group on campus, told Young America’s Foundation that she and other would-be YAF members spent at least 20 minutes presenting their case to the Faculty Senate, which then convened privately for another half-hour to discuss whether to approve the group.

“I would have expected some roadblocks if this was any other school... but not Samford.”

According to Geis, two faculty members subsequently emerged to inform the YAF leaders that the Senate had voted to deny their application, but would be willing to reconsider the issue next semester provided that the group made revisions to its club constitution.

The faculty’s specific objection related to YAF’s founding document, the Sharon Statement, which Geis claimed the professors interpreted as “not being kind to those who had a communist background.”

The Sharon Statement, adopted in 1960, begins by asserting that the fundamental role of government is to protect the rights and liberties of its citizens, and declares that “the forces of international Communism are, at present, the greatest single threat to these liberties,” adding that “the United States should stress victory over, rather than coexistence with, this menace.”

“We are looking for the YAF student group to amend or justify the inflammatory language listed in their Purpose. This is the direct statement from the Sharon Statement that, though likely appropriate in 1960, does not hold the same in 2016,” officials stated in an email obtained by Young America’s Foundation.

A university spokesman, however, disputed the characterization of the Faculty Senate’s decision as a rejection of the club, saying the request had merely been “deferred” until the students could satisfy school officials that they will treat classmates, even communists, with respect.

“The statement that the request for a Young Americans for Freedom (YAF) student organization at Samford University has been rejected is incorrect,” Philip Poole, executive director of Samford University Communications, told Campus Reform. “In fact, the approval of the organization is deferred, pending additional information from the students who are seeking to achieve official status for YAF at Samford.”

“Specifically, concerns were expressed by some faculty members regarding what they perceived to be inflammatory language in the YAF statement of purpose regarding Communism and Communists,” Poole explained. “Faculty members were seeking to confirm that opposition to a political ideology would be accomplished in a manner that respects the worth of each individual, as stated within the university's Code of Values.”

Geis, however, told Campus Reform that she has difficulty understanding the school’s concerns, pointing out that YAF has been around for decades and has chapters on college campuses all over the country.

“I love Samford, but have been extremely disappointed by the decision by the Faculty Senate committee to not approve our group to the next step because it may offend communists,” she stated.

“There are over 100 chapters of Young Americans for Freedom on college campuses, so I never thought attempting to bring YAF to a seemingly conservative school like Samford would face this much scrutiny,” she added, remarking that “I would have expected some roadblocks if this was any other school... but not Samford.”