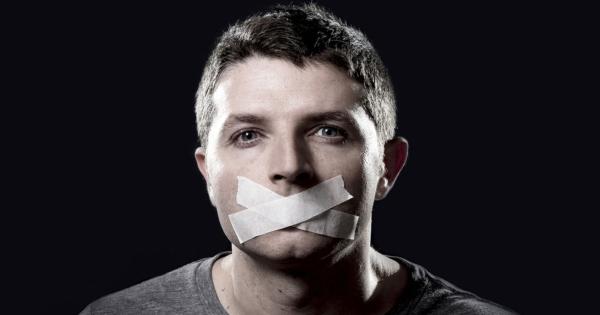 Liberals in America use faux outrage and scare tactics to silence political opponents, and the trend is most prominent in American universities, according to Mary Katharine Ham and Guy Benson, authors of End of Discussion.

End of Discussion exposes the many ways liberals try to shut down debate, such as labeling those who disagree with them “bad people” and ultimately punishing the “bad people” for thought crimes.

“Like so many cranky magpies, the perpetually aggrieved will move on to the next shiny offense.”

Ham and Benson call this group of constantly offended liberals the “Outrage Circus,” which they contend is a direct threat to democracy and free speech because its practices intimidate normal, everyday people into staying silent out of fear of offending someone and facing retribution, which can range anywhere from being disparaged as a “racist” to losing one’s job.

In fact, in one event that Benson called a “catalyst” for the book, Brendan Eich, who co-founded the Mozilla corporation and eventually became its CEO, was forced out of his own company because it was discovered he had donated some of his personal money to the anti-gay marriage Prop 8 campaign in California.

“The mob was able to hound him out of the company he helped create because of a thought crime,” Benson told Campus Reform. “Mary Katharine and I thought: this is not the type of place we want to be living. This is not a healthy environment for a free republic.”

Ham and Benson discovered that American universities, or “Speech Police Academies” as they call them, are essentially incubators for the shame tactics of the Left, and devoted an entire chapter of the book to uncovering the ways students and administrators crush dissenting thought.

“If you ever find yourself surveying the state of our national discourse and quietly wonder how things got so bad, look no further than the ivy-colored buildings and manicured quads that dot our map from coast to coast,” the book asserts.

According to the authors, college students and administrators employ a “glossary of speech-squelching terms”—such as “trigger warnings,” “privilege,” and “microaggressions”—that implicitly suggest a need to constantly police one’s own utterances.

“The first thing you need to know about privilege is that you almost certainly have it, and it must be ‘checked’ at all times,” quips End of Discussion. “Before one weighs in on any issue, or engages in conversation with a coworker, or orders lunch at a deli, one owes it to society to reflect on the panoply of privileged statuses bestowed upon one by the circumstances of one’s birth...When in doubt, don’t speak”

The authors describe a common exercise used at several colleges, called a “Privilege Walk,” where students are instructed to step forward or backward based on life experiences and “those at the front are meant to experience shame and guilt.”

The danger of terms like trigger warnings, privilege, and microaggressions, says Benson, is that they all have a “kernel of truth.”

For example, trigger warnings can be useful for people who struggle with PTSD, but college students have bastardized the term to ensure they “never endure the horror of hearing something that might upset them” insults and cheapens those who struggle with real trauma.

Essentially, college students have taken concepts with good intentions and used them as weapons to silence debate on any number of issues.

“The purpose of triggers and privilege checking and ‘microaggressions’ is to create a culture in which uncomfortable conversations do not happen,” the authors conclude. “Where difficult thoughts are not explored. Where anodyne political correctness is the default setting, and where violators will be punished.”

Campus Reform discussed last year’s Yale Halloween controversy with Benson as an example of the extremes of political correctness and outrage culture on college campuses.

After Erika Christakis, a Yale administrator, suggested that students should be allowed to wear potentially offensive Halloween costumes, those very students began loudly demanding her resignation. The outrage escalated to the point that Christakis’s husband, Nicholas, was surrounded by an angry mob of students demanding resignations and an apology.

“If you wanted to bottle a moment of ‘Why Trump Won’ you could bottle that and sell it,” Benson declared. “That is not a remotely healthy or reasonable reaction within the context of what was going on at Yale.”

The Outrage Circus ultimately prevailed, however, and while the Christakis’s steadfastly refused to apologize for their support of free speech, they did eventually resign from their administrative positions at Silliman College rather than endure continued harassment from their charges.

Benson noted that in some cases, administrators themselves are to blame for the nonsense, such as when Rutgers University disinvited Condoleeza Rice from speaking at commencement, but assrted that in the overwhelming majority of cases, campus problems can be traced to students who “have been told it is their right to not have to hear things they don’t like or challenge or shake their worldview in a way that is unpleasant.”

“That's a failure on their part but also a failure on the adults,” Benson concluded, pointing out that administrators often simply give in to the misguided student speech-silencers because they “just want to make it stop,” even in the Rutgers example, in which “the self-proclaimed ‘university community’ of at most 150 active student protesters achieved their ‘ultimate goal,’ allegedly on behalf of the school’s 45,000 undergraduates.”

In order to counter the small but “vociferous” community of perpetually outraged students, he suggested that more colleges should follow the example of the University of Chicago, “where the adults have asserted their adulthood.”

“That’s the model more universities ought to follow instead of the obsession with safe spaces and trigger warnings and all that nonsense,” Benson argued.

End of Discussion discusses countless other leftist tactics for silencing speech inside the college bubble and in society as a whole, including race-baiting, rape culture, and perhaps most terrifyingly, calls for firings and boycotts, and suggest that a “Coalition to Chill the Hell Out” is needed to mitigate the threat to the First Amendment.

“The rest of us who aren’t perpetually outraged...we need to join a broad nonpartisan cross-ideological Coalition to Chill the Hell Out,” Benson told Campus Reform.

“Like so many cranky magpies, the perpetually aggrieved will move on to the next shiny offense,” Ham and Benson predict. “And there will always be one.”

Still, Benson hopes that liberals might benefit from reading the book, speculating that not only would it help them to realize the role their shame tactics played in ensuring Trump’s victory, but might also get them to “start to think about and discover the reality that convincing someone to shut up is not the same as convincing someone.”