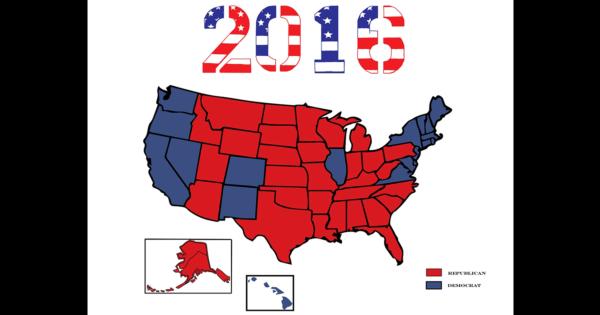 Matthew Pratt Guterl, chair of Brown’s American Studies Department and a vigorous defender of campus safe spaces, argues in an op-ed for The New Republic that the federalist conception of the states as “laboratories of democracy” was originally conceived as a way of promoting “liberal and progressive ideas,” but has since been “perversely rewritten” by Republican legislators who use the power of state governments “not merely to slow down liberalism, but to turn it to dust and ash in the broad center of the country.”

“With the election of Donald Trump, it’s safe to say that most people’s lives will get worse in these states.”

“In the so-called red states, liberalism is now often relegated to a kind of folklore-ish local practice in college towns and mid-sized cities, while formal, statewide policy is strictly and stridently conservative,” Guterl laments. “With the election of Donald Trump, it’s safe to say that most people’s lives will get worse in these states, and that the forces of intolerance and bigotry will grow stronger and even less cautious.”

Guterl argues that those who “care about an equitable civil society, who believe in a just world, and who live in a proverbial blue state have an obligation to work locally to turn them into laboratories of something else: that diminished thing called hope.”

He then claims that America needs “new symbols desperately” and suggests that “blue states with friendly neighbors, like Massachusetts and Rhode Island, California and Oregon” could serve as those symbols, eventually yielding “meaningful practice and policy” from that initial symbolism.

“Republicans have worked to preserve a dwindling white majority through gerrymandering and have used state governments not merely to slow down liberalism, but to turn it to dust and ash in the broad center of the country,” he asserts, making clear that his goal is not to create “some centrist Clintonian paradise,” but rather to move “swiftly” and “powerfully in the direction of progress.”

[RELATED: Documentary blames Brown for hostility to speech on campus]

Indeed, Guterl seems to leave no room for compromise, saying “half-measures won’t do” because “these are troublesome times.”

“These blue state laboratories must not become guardians of the status quo ante Trump,” he concludes, suggesting that the goal of predominantly blue states “should be to imagine and build the best conceivable civic landscape for everyone in the state, to banish timidity to the margins, to challenge ourselves to move so swiftly and so powerfully in the direction of progress that we become a symbol of what this country—what any country—can be in an age of revolutionary global migrations, disinvestment from the public sphere, and ascendant racial and ethnic tribalism.”