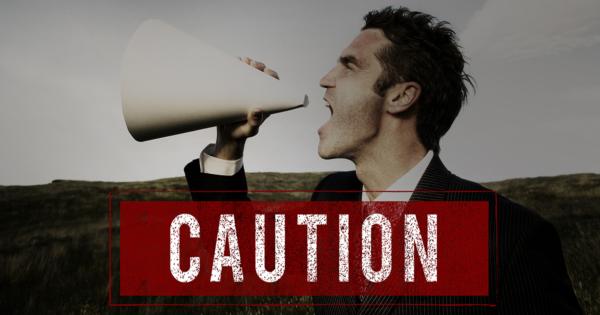 More than 100 University of California, Berkeley professors are demanding that the administration rescind an invitation for Milo Yiannopoulos to speak on campus next month.

A letter bearing the signatures of 12 faculty members was sent to Chancellor Nicholas Dirks last week asserting that while Yiannopoulos’ “controversial views” must be tolerated in the name of free speech, his “harmful conduct” should be considered grounds for cancelling his appearance because of the possibility that code of conduct violations could occur during his presentation.

“...we ourselves could become subject to censorship under other circumstances.”

The letter has since received endorsements from 91 additional professors, bringing the total number of signatories to 103.

“We support both freedom of speech and academic freedom on campus and realize that controversial views must be tolerated in any campus community dedicated to open debate and opposed to censorship,” the letter begins. “Although we object strenuously to Yiannopoulos’s views–he advocates white supremacy, transphobia, and misogyny–it is rather his harmful conduct to which we call attention in asking for the cancellation of this event.”

While acknowledging that “if a decision to cancel were based on the political viewpoints he holds, we ourselves could become subject to censorship under other circumstances,” the professors nonetheless declare that “we cannot abide by harassment, slander, defamation, and hate speech,” arguing that “Yiannopoulos’s views pass from protected free speech to incitement, harassment, and defamation once they publically [sic] target individuals in his audience or on campus.”

The letter then goes on to cite several instances in which the professors believe Yiannopoulos has engaged in hate speech and harassment, such as a visit to the University of Wisconsin, Milwaukee on December 13 where the professors claim he “spoke his in his public lecture about a transgender student at the university in derogatory ways, going so far as to project a picture of this student during his lecture.”

The professors also contend that Yiannopoulos is “inciting (and indeed, committing) harassment by singling out students as targets of derision for his followers,” which they say risks “violating our obligations under Title IX to provide an environment free of sex and gender-based harassment.”

The College Republicans, the group hosting the event, are already being forced to come up with $10,000 to provide extra security during the Yiannopoulos event, but the faculty members fret that the requirement “in no way pre-empts the possibility that there will be incitement, defamation, slander, and harassment at this event.”

Although the university has described the security fee as the extent of its ability to interfere with the talk due to its obligations under the First Amendment, but the letter suggests that additional roadblocks should be put in place, such as ensuring that the CRs do not receive any sort of a discount on the space they are renting out for the event.

Reiterating that their foremost objective remains cancellation of Yiannopoulos’ speech, though, the professors argue that there is precedent for such drastic action, citing cancellations of Yiannopoulos appearances at New York University, the University of Miami, and Florida State University, as well as DePaul University’s pledge that Yiannopoulos will never be allowed on campus again following his visit to the school last year.

Associate Chancellor Nils Gilman responded on Dirks’ behalf, reiterating the school’s stated position that “under well-established law, the First Amendment prohibits the University from censoring...events or banning speakers based on the viewpoints that might be expressed.”

Gilman also points out that registered student organizations such as the College Republicans “are separate legal entities from the university,” and that therefore “it is the organization, not the university, that is the ‘host’ of this event, since the university did not issue the invitation and has no authority to disapprove the speaker.”

Moreover, he explains that “the legal situation is not analogous” to those in which Milo’s talks have been cancelled or postponed, all of which either involved private institutions with no First Amendment obligations or came about at the discretion of the student groups who had invited Yiannopoulos.

“While we realize (and regret) that the presence of certain speakers is very likely to upset some members of our campus community, the U.S. Constitution, and thus University policy, prevent campus administration from barring invited speakers from campus based on the viewpoints those speakers may express,” Gilman reiterates. “Contrary to widely held beliefs, the courts have made it very clear that there is no general exception to First Amendment protection for ‘hate’ speech or speech that is deemed to be discriminatory.”

Indeed, he even warns the professors that the school may find itself compelled to go so far as defending Yiannopoulos should opponents seek to effect the cancellation by force, reminding them that “at the heart of these constitutional rules is the objective of preventing opponents from effectively shutting down expressive activity that they don't like, the ‘heckler's veto’ as it is often known.”

Unsatisfied with Gilman’s response, the professors fired off another letter on January 4 restating their initial contentions about the university’s responsibility to prosecute code of conduct violations, urging the administration to “alert the student organizers about their potential vulnerability in case of a legal suit or code violation,” with the implicit intent of intimidating them into cancelling the event voluntarily.

Gilman replied the following day, but while he attempted to mollify the professors by pledging that Berkeley will respond to any actual instances of discrimination on campus, he refused to moderate the administration’s insistence that it may not cancel the event based solely on the prospect of such incidents occurring.

“Though we don't necessarily agree with your legal analysis, we will continue to work to remedy any adverse impact of even constitutionally-protected expression that violates our principles by providing resources and by continued efforts to foster a campus culture of inclusion and tolerance,” he assures them, but reiterates that “those efforts cannot include suppression or punishment of speech, however disturbing it may be to some members of our community.”