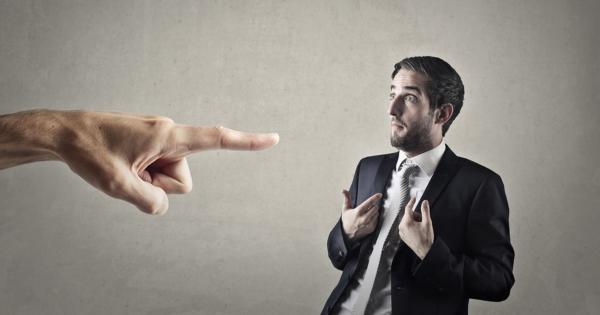 According to an anti-fascist group at the University of Kansas, flyers calling “Make America Great Again” and “anarcho-capitalism” coded language for neo-nazism were posted by the KU School of Social Welfare.

The flyers in question were found throughout campus Tuesday, including in Strong Hall and Twente Hall, and were sent anonymously to Campus Reform by students believing them to be the work of informal “anti-fascist” student groups that have sprung up in the wake of Donald Trump’s election.

“Below are pictures of a flyer from the School of Social Welfare...on how to spot coded racist language...”

In addition to deciphering “coded” neo-Nazi language, the flyer warns that “opponents of safe spaces” may be more prone to joining white nationalist groups, and suggests that flyers from “hate groups” on campus should be torn down and reported.

Campus Reform reached out to Stand With ME—an anti-fascist, anti-Trump group at KU that recently labeled Young America’s Foundation a “hate group”—to ask whether the group was responsible for the flyers.

Stand With ME denied responsibility, but praised the flyers, which they jubilantly claimed had been created and distributed by the School of Social Welfare.

After Campus Reform confirmed its intention to report on the flyer and its creator, Stand With ME quipped back, “Report it. bye felicia [sic].”

Furthering the claims of Stand With ME was a Facebook post by a KU student who also attributed the flyers to the SOSW, accompanying photos with a caption reading, “Below are pictures of a flyer from the School of Social Welfare.” 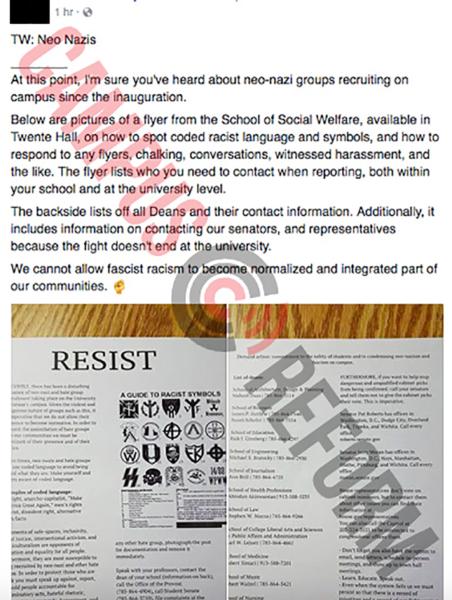 “At this point, I'm sure you've heard about neo-Nazi groups recruiting on campus since the inauguration,” the student wrote. “Below are pictures of a flyer from the School of Social Welfare, available in Twente Hall, on how to spot coded racist language and symbols, and how to respond to any flyers, chalking, conversations, witnessed harassment, and the like.”

A commenter argued that students should not “normalize violence against people for their politics” but the student poster disagreed, saying “It shouldn't be a radical or polarizing topic to say, ‘punch a nazi [sic].’”

“They are morally abhorrent, and we can't treat this like a government spending disagreement,” the student declared. 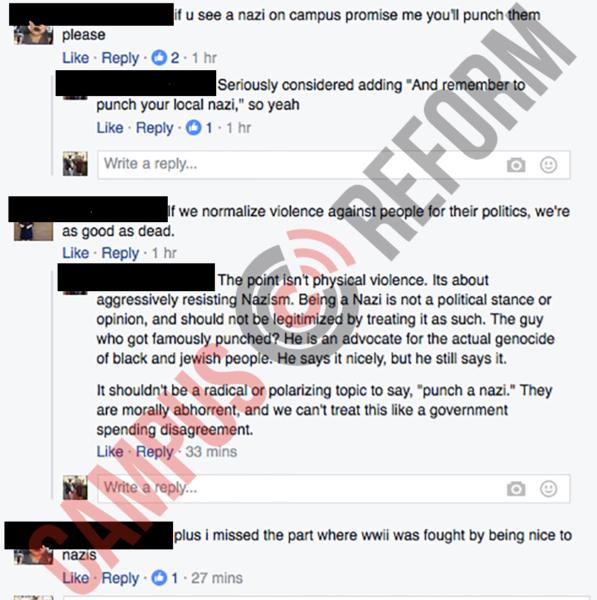 Joshua Muse, a freshman at KU and a member of the school’s YAF chapter, said he found the flyer “laughable” in its cavalier handling of the accusation.

“It's not a new tactic at all from the left to label those who disagree with them as Nazis; however, they usually try to have as much tact as [they] can when calling someone that,” he told Campus Reform. “In this case, they didn't even try and it's laughable.”

Muse also asserted that the demonization of Trump supporters on campus is nothing new, explaining that he has been called “a white supremacist, racist, and xenophobe simply for my support of Trump and his policies during the campaign.”

Campus Reform reached out to the School of Social Welfare for confirmation or denial of its role in posting the flyers, but did not receive a response in time for publication.

Campus Reform also contacted KU Media Relations on Wednesday morning and was told to expect a statement by 10:00 a.m. (EST). Shortly before 1:00 p.m., KU Director for News and Media Relations Erinn Barcomb-Peterson provided a statement asserting that "the fliers gave no indication of who produced or posted them" and citing the school's policy on posting signage.