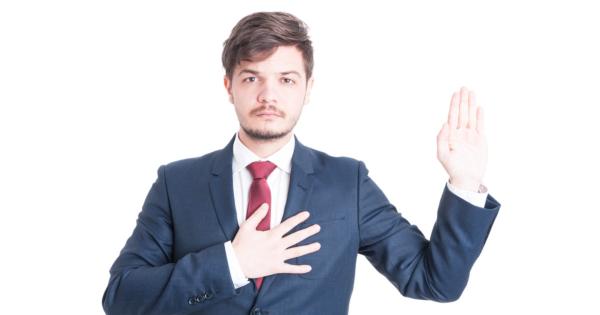 Students at the University of Southern California (USC) are hosting an oath-taking event to support “social justice values despite federal, state, or local policy.”

The gathering at USC—dubbed an “Oath-Taking for Equity, Diversity, and Inclusion”—is intentionally timed to coincide with the swearing in ceremony for President-Elect Donald Trump, and is being sponsored by Associated Students of Planning and Development (ASPD) and several other student organizations.

“Join us as we come together to take an oath to affirm our commitment to equity, diversity, and inclusion.”

“Join us as we come together to take an oath to affirm our commitment to equity, diversity, and inclusion to carry forward in our studies and future careers,” an email obtained by Campus Reform urges students at USC’s Price School of Public Policy [emphasis in original].

“With this oath, we will declare as students and future practitioners, that we affirm our commitment to denouncing, deconstructing, and dismantling oppressive constructs that include but are not limited to racism, xenophobia, misogyny, homophobia, transphobia, and ableism; despite federal, state, or local policy."

Among the pledges that students will make are a commitment to “actively recognize institutional and systemic oppression of the past, understanding the ways in which they manifest today and work to build a more equitable and just society for current and future generations.”

Students will also “firmly commit” to “a belief in facts, science, and evidence-based solutions,” as well as to “value and center community and cultural knowledge, with an emphasis on the voices and experiences of the disenfranchised” and to hold “myself, others, and institutions accountable for their actions and...repair harms where they have been committed.”

After the oath-taking event, student organizers say they plan to take “direct action demonstrating opposition,” which a post on the Facebook event page later revealed will involve joining a previously planned walkout featuring a march to downtown Los Angeles.

Kristin Matheny, a recent graduate of the Masters in Public Policy program, inquired with school officials as to whether the anti-Trump demonstration had received official sanction or funding, but did not receive a satisfactory response.

She then posed the question in a comment on the event page, but received conflicting answers.

“The event is not officially approved by the university,” asserted an initial response from the ASPD, explaining that “it is being held exclusively through the organizations - ASPD just being one of them.”

Moments later, though, one of the organizers, Britney Wise,clarified that “the event has been approved by the university,” explaining that Matheny’s inability to get information about the oath-taking from Price officials was due to the fact that students, not the school, had organized the event.

Campus Reform reached out to both event organizers and school officials for a definitive answer to that question, but neither had responded by press time.