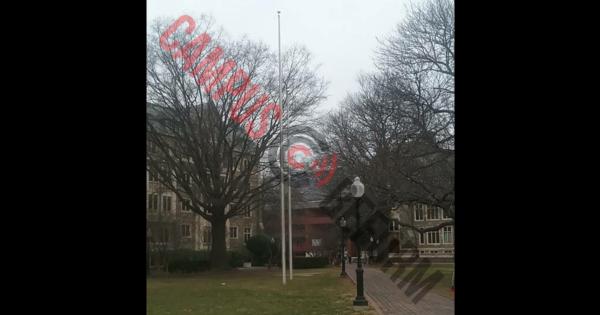 Georgetown University's American flag was conspicuously absent on Inauguration Day, prompting speculation about the reason for its removal.

According to a Facebook post and photo by a Georgetown student, Georgetown had not raised its American flag by 11:00 a.m. on January 20, which some commenters suggested may have been due to a light drizzle in the D.C. area, while the photographer suggested the flag may be down because the school is closed for Inauguration Day.

“It's not called a ‘liberal’ education for nothing.”

Still, commenters seemed shocked that the flag was down, writing, “Really?” “It's not called a ‘liberal’ education for nothing,” and “wow.”

It is unclear if the flag removal was, in fact, a political stunt, or if it was removed for more innocuous reasons, like inclement weather.

Campus Reform reached out to Georgetown University for comment early today, but has not received a response. This story will be updated with any comment received.