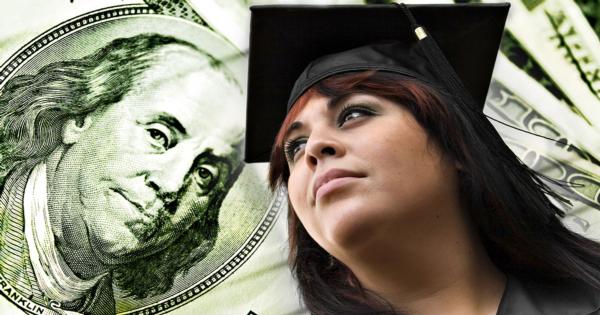 In a letter to the campus community Tuesday, President Dennis Hanno outlined his plans to launch a scholarship for a refugee student from one of the seven countries currently impacted by Trump’s EO, calling the order a clear attack on international students.

“The college will utilize its network to identify qualified refugee students from these countries.”

“The current executive order on immigration, which was signed on Friday, January 27, endangers the broadly diverse learning environment that is essential to our mission,” he wrote, blasting the “new policy” as one that “implies that international students are neither needed nor wanted.”

While the scholarship is intended to “cover all costs of attendance” for a “refugee student from a war-torn nation,” it acknowledges that such an award could only be possible “should the recent ban be lifted.”

“Preference will be awarded to students seeking entrance to the U.S., should the recent ban be lifted,” a school press release on the matter explains, noting that if the ban remains intact, then “the college will utilize its network to identify qualified refugee students from these countries” who are already residing in America.

Notably, tuition for the Massachusetts liberal-arts college costs roughly $61,000 annually, meaning a full-ride for one refugee student would be in the ballpark of $244,000 total for a four-year program, whereas other “merit scholarships” offered by the school only offer a maximum of $25,000 per year, with total need-based financial aid averaging about $40,000 per recipient for the class of 2020.

Nonetheless, Wheaton is extending its deadline for the refugee scholarship program until March 1, and even waiving the application fee, asking all interested applicants to “submit a 100 to 200-word personal statement outlining their background and what receiving this scholarship would mean to them.”

In his letter, Hanno goes on to urge Trump to “end swiftly” his apparent “ban on welcoming refugees and foreign nationals to sustain the productive exchange of ideas and viewpoints that make our institutions of higher learning such fertile ground for expanding knowledge and hope,” concluding with an appeal for other schools to take their own stands against the executive order.

“We call on our colleagues at institutions of higher education across the country to join us in making a clear statement about the importance of diversity and openness on our campuses,” he writes, inviting his academic peers to “sign on to the statement” by contacting a generic email address.

Campus Reform reached out to the school to ask whether any other professors or administrators had submitted their signatures, and is currently awaiting a response.