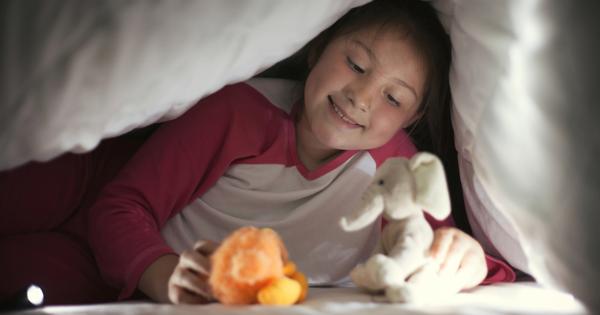 Student senators at Texas State University recently introduced a bill that would place a permanent ban on “safe spaces,” but are facing predictably intense criticism over the “detrimental” legislation.

According to a copy of the bill obtained by Campus Reform, its passage would result in a ban on “all safe spaces and equivalent spaces,” and promote a campus where students can “be open to other concepts without ‘trigger warnings.’”

“Colleges across the country [experience] similar reactions when conservative views are brought to the table.”

“It has become a nationwide trend for colleges to allow students to escape from views and concepts that might be deemed controversial, dangerous, or offensive,” the resolution argues, explaining that “upon graduating, students will experience views that differ from their own and will not be able to retreat to safe spaces.”

The bill, set to be voted on Monday night, is facing strident opposition from left-leaning organizations and students, including a candidate for the school’s Student Body President, who shamed the sponsors of the resolution for their “detrimental piece of legislation.”

“Not only is this detrimental to the social safety of many groups here at Texas State, but a clear obstruction of our core values as a university,” Russell Boyd wrote in a statement. “As representatives of the student body, it is imperative that the student government take into account the many students that will be greatly impacted by this detrimental piece of legislation.”

“Underdeveloped and undefined, this senator has administered a relatively weak challenge to the diverse student body of Texas State,” the group protested in a statement on its Facebook page, arguing that “a school with such a diverse population deserves not fewer but more ‘safe spaces’ to facilitate dialogue and education about the communities Alex Sherman is clearly detached from.” 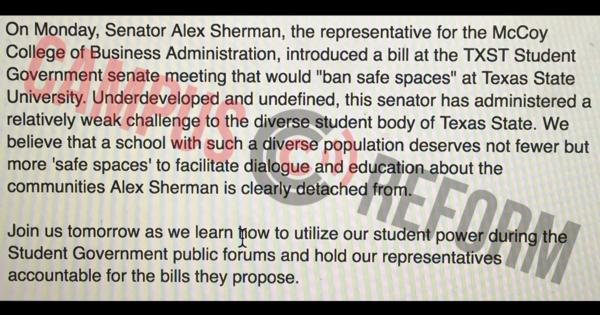 Another group of students, identifying themselves simply as “the student organizers” who recently circulated a sanctuary campus petition, have now drafted a letter that urges students to “testify in opposition to the bill” Monday evening, and vote for candidates who support their movement.

“Our student government has many members that scoff at the idea of helping minorities and the [sanctuary campus] petition itself,” the letter contends, noting that “allies to the petition feel like they have a target on their backs,” and once again singling out Sherman for his support of abolishing safe spaces. 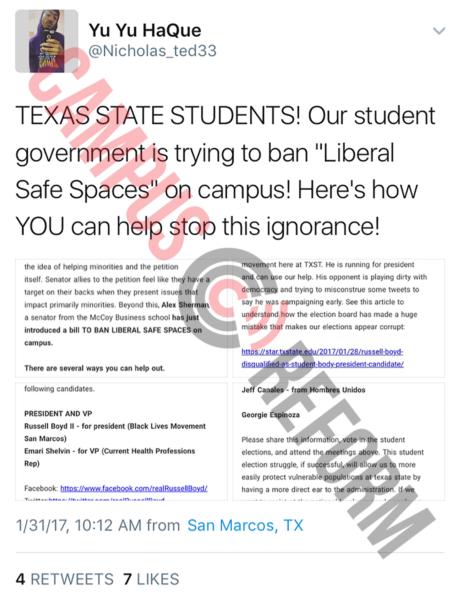 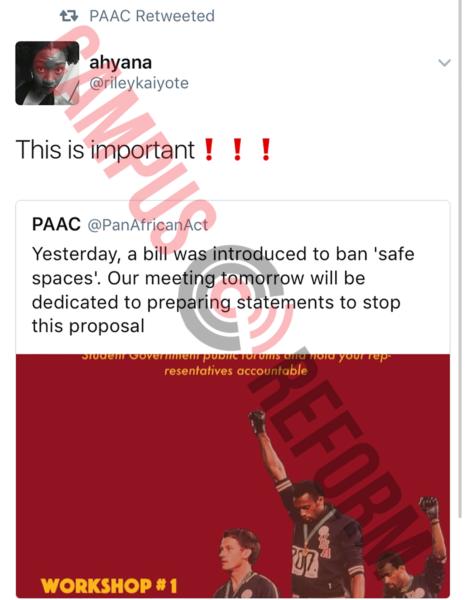 While Sherman has been repeatedly, and almost exclusively, called out by his peers, the primary author of the resolution is actually Student Senator Mason McKie, who told Campus Reform that he was not “surprised by the negative reactions” to his bill, since “colleges across the country have been experiencing similar reactions when conservative views are brought to the table.”

“This piece of legislation isn’t just important for my campus, but it could be a cornerstone for many more things to come,” he continued. “Students have the right to freely express themselves. College is a time to be open to new ideas and learn from others that might not necessarily agree with you.”