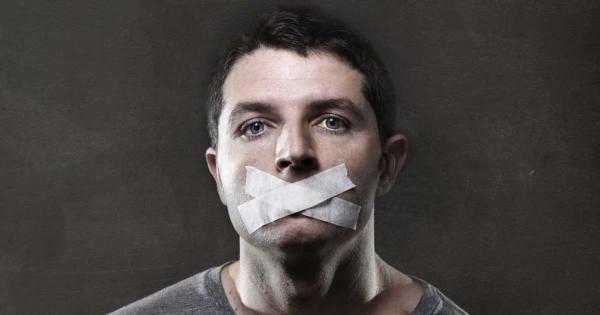 The Foundation for Individual Rights in Education (FIRE) has released a report examining the proliferation of “Bias Response Teams” and the chilling effect they have on campus speech.

FIRE surveyed 232 Bias Response Teams, defined as groups that formally collect reports from the university community regarding “offensive” speech, and found that at least 2.84 million students could have their speech subjected to review by the teams in 2016 alone.

“Some systems define ‘bias incidents’ to include expressions of bias against political and social affiliations.”

While many of the teams do not respond to offensive speech with punitive measures, FIRE contends that even this approach has an insalubrious effect on the campus climate, because any official investigation or response to speech may make the speaker more hesitant to express opinions in the future.

Interestingly, the report finds that schools maintain varying definitions of what constitutes “offensive speech.” Racist speech is the most common type targeted by Bias Response Teams, but some schools, significantly, also include political affiliation or speech as a potential bias.

“Some systems define ‘bias incidents’ to include expressions of bias against political and social affiliations, [and] 15 percent of institutions include ‘political affiliation’ among their categories of bias,” FIRE remarks. “Still others include bias against similar categories such as ‘intellectual perspective’ (University of Central Arkansas), ‘political expression’ (Dartmouth), or ‘political belief’ (University of Kentucky).”

“It is critical to note that by soliciting reports of speech that is biased against political views, universities are expressly requesting that their students report one another to the authorities for expressing divergent political views,” FIRE explains.

At Williams College, for example, students were invited to report comments on social media about their political beliefs as sources of bias, and at the University of Wisconsin-La Crosse, students reported pro-Trump chalk messages as “hate incidents” 18 times in just three days.

Worryingly, 42 percent of the Bias Response Teams surveyed by FIRE included police or security officials among their members, sending the implicit message that those teams are intended to punish students who engage in reported speech.

“By including police and student conduct administrators on their Bias Response Teams, schools send a message to students that undercuts claims of respect for freedom of expression: If you say something that offends someone, you may (or in some cases will) be investigated by police,” FIRE argues.

At least half of the Bias Response Teams recognized that their actions may come into conflict with freedom of speech or academic freedom, yet FIRE’s public records requests revealed that only Louisiana State University provided training to administrators on how to identify constitutionally-protected speech.

Despite these free speech concerns, schools were shockingly opaque about the inner workings of their Bias Response Teams, with some attempting to hide records during FIRE’s investigation and others charging thousands of dollars to retrieve public records.

Still other schools have actually dissolved their Bias Response Teams after their tactics were exposed to the public.

FIRE describes having difficulty obtaining reports from the University of Northern Colorado, where it was eventually revealed that the Bias Response Team discouraged professors from discussing controversial subjects during class.

In order to avoid the chilling measures of Bias Response Teams, FIRE suggests a number of revisions, including First Amendment training for administrators “so that they are able to identify protected speech,” as well as avoiding intervention with the reported students.

“Unless a community member has engaged in conduct unprotected by the First Amendment or academic freedom, any institutional response to bias should avoid uninvited intervention with the speaker and instead focus on providing resources to the reporting student,” argues FIRE. “In doing so, they will help encourage all community members to express themselves and participate in the marketplace of ideas that our nation’s colleges and universities are uniquely suited to provide.”