Peter Van Voorhis Contributor at The Washington Examiner @RepublicanPeter on Feb 09, 2017 at 11:27 AM EDT 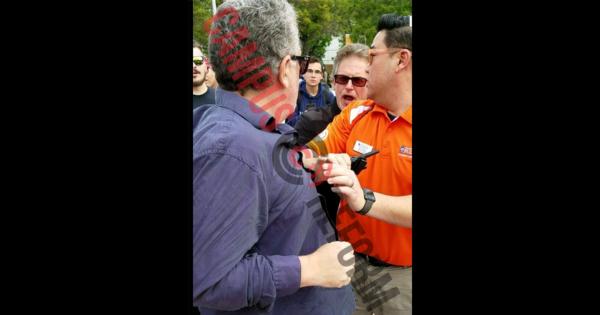 “A man claiming to be a professor has assaulted one of our protesters,” the CSUF College Republicans announced on its Twitter account Wednesday night, adding, “We are in contact with the police.”

“A man claiming to be a professor has assaulted one of our protesters. We are in contact with the police.”

[RELATED: Prof: ‘People are going to die’ because of white Trump voters]

The incident occurred when the Students for Justice in Palestine marched across campus in opposition to President Trump’s executive order on immigration restrictions from several Muslim-majority countries. When the College Republicans arranged a small counter protest, the professor came up alongside the marching Republicans, traded words with them, and allegedly assaulted one of the members.

Cal State Fullerton has refused to identify the professor, though Breitbart reports that the campus police department has acknowledged that a report has been filed for “battery” and that one of the CR members wishes to press charges.

“The CRs organized a counter protest, with just signs, to multiple student organizations who created an Anti-’Muslim Ban’/Anti-Trump protest, which consisted of speakers and various activities,” explained Amanda McGuire, vice president of the CSUF College Republicans. “After some time they began to march around the campus with our group following no less than 100-200 feet behind. Along the route a professor came up and started asking questions asking if there were any professors with us (there wasn't) [and] stating that only uneducated people would be out here counter protesting.” 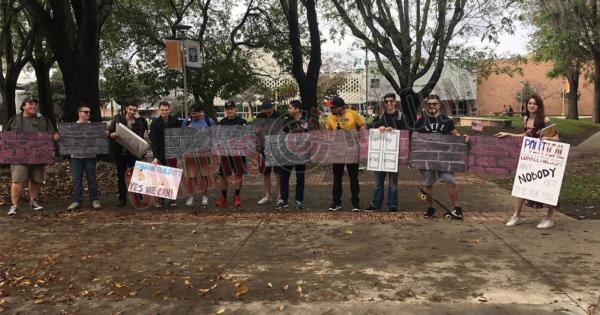 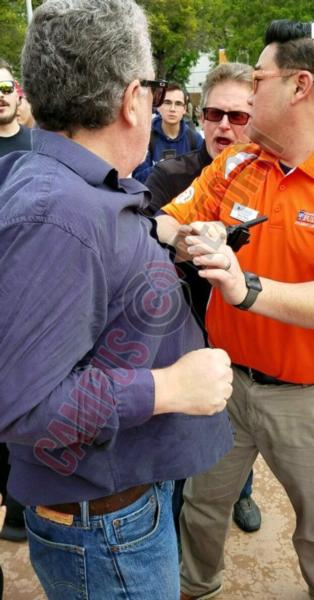 “He continued to engage our group even though some of our members were over the conversation, and finally I turned and saw him lunge for a sign,” she told Campus Reform. “Another member steps in between and he gets shoved, so he shoves back. Professor Canin managed to also push an ASI (student government) student [who was] trying to break up the scuffle.”

“I thought it was awful,” McGuire remarked. “We started the counter-protest displaying our views on immigration and students got to see other people who held different views. The professor's actions were completely wrong and unwarranted to respond in a physically violent way to a student on the basis of simply disagreeing with his politics.”

Campus Reform reached out to both CSUF and professor Canin for comment, but neither had responded in time for publication.