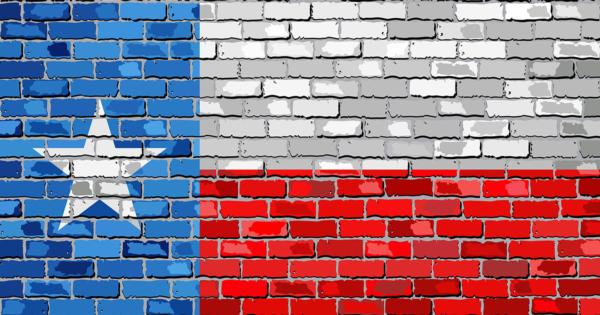 A bill working its way through the Texas General Assembly would force campus police departments to comply with federal immigration law or lose state funding.

Senate Bill 4, which passed the Texas Senate on February 8, threatens fines of up to $25,500 and the withholding of funds from cities or campuses that refuse to cooperate with federal immigration laws and orders, specifically targeting public institutions that “adopt, enforce, or endorse a policy under which the entity, agency, or department prohibits or discourages the enforcement of immigration laws.”

“[The bill] is simple—government entities cannot undermine the rule of law by ignoring our immigration laws.”

The bill would also compel universities and colleges to share immigration information about students with federal agencies, detain illegal immigrants under federal orders, ask detained individuals about their immigration status, and cooperate with federal immigration agents, among other conditions.

The first time campus police fail to comply with immigration officials would result in a fine of between $1,000 and $1,500, while each subsequent violation would carry financial penalties of at least $25,000, and up to $25,500.

The exact amount of the penalties would be determined by a three-judge district court, which would only address cases that had been reviewed and validated by the Attorney General.

Following a negative judicial determination, state grant funds would automatically be withheld for the following fiscal year, though the judges could restore the monies in as little as one month if they determine that the institution had resumed compliance with the law.

SB 4 is widely considered a response to the ongoing “sanctuary” movement that has led cities and universities across the country to announce that they will pointedly refuse to cooperate with immigration enforcement efforts, and comes just months after Republican Gov. Greg Abbott provocatively declared that Texas would “cut funding for any state campus if it established sanctuary status.”

According to Inside Higher Ed, the bill was strengthened by Republican legislators before passing the Senate, and has strong prospects of passing in the Republican-led House of Representatives.

Charles Perry, a Republican state senator from Lubbock, said in a press release that the bill is a simple procedure to ensure colleges are following the law.

“Our legislation is simple—government entities cannot undermine the rule of law by ignoring our immigration laws,” Perry explained. “If colleges and universities intend to follow the example of sanctuary cities, we must ensure that our legislation specifically includes them.”

The Alabama House of Representatives passed a similar bill Tuesday that would allow the Attorney General to pull funds from non-immigration compliant schools, reported the Montgomery Advertiser.

Rep. Phil Williams, the sponsor of the bill, said that although he is not aware of any Alabama universities skirting immigration law, the bill was “designed to be an incentive” so that universities would not embrace student movements for sanctuary status.