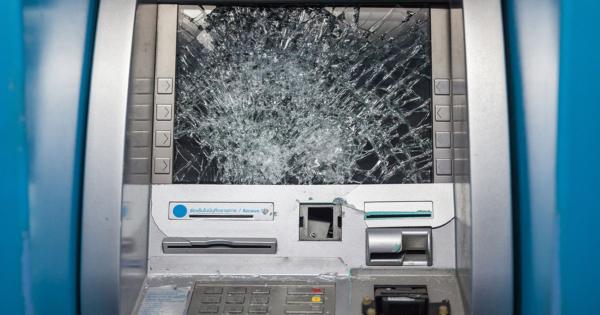 Student protesters at San Francisco State are obstructing access to on-campus ATMs until their school ends its relations with Wells Fargo, a company supporting the Dakota Access Pipeline.

While the protests began Wednesday afternoon, student protesters are vowing to continue their demonstration indefinitely, despite its clear violation of the school’s Student Code of Conduct, which expressly prohibits “participating in an activity that substantially and materially disrupts the normal operations of the university, or infringes on the rights of members of the university community.”

"Silence is violence!...Shame on you!"

Such a violation was confirmed by the school’s police chief, Reginald Parsons, who told The Golden Gate Express that while “students have a right to express free speech, they were violating portions of the Student Code of Conduct by blocking direct access to the machines.”

Nonetheless, protesters plan to continue their disruptions until the administration meets three explicit demands, those being divestment from companies that “have invested in the Dakota Pipeline and the Keystone Pipeline,” an end to the school’s “relation with Wells Fargo and Bank of America,” and finally, removing “the ATM machines [sic]” and [replacing] them with credit unions.”

A video of the protest obtained by Campus Reform shows protesters linking arms around the ATMs in an effort to obstruct potential users, shouting “silence is violence!” and “shame on you,” visibly blocking students from accessing the machines.

In one instance, a student demonstrator forcibly prevented a peer from accessing the machines, an was later dragged away by police officers while a bystander observed that “he assaulted someone.”

Eventually, the video shows that demonstrators gave up on actually blocking the ATMs but continued to shout “shame on you” at students who were withdrawing money, though several students and staff members were ultimately inconvenienced by their actions.

In fact, the Express reports that a repairman attempting to service the machines was barred from doing so, and one student who had just bought flowers for his girlfriend tried, and failed, to withdraw money for bus fare to go meet her.

It appears, though, that no students were reprimanded for their involvement in the protests, and Campus Reform reached out to the school for comment on the matter, but did not receive a response in time for publication.