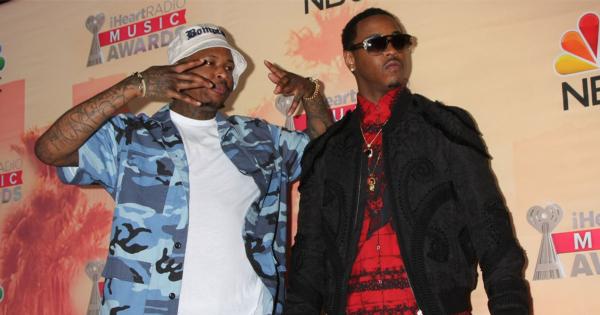 “The song in question was played by YG and he was paid for his performance that evening.”

This year, YG was invited to headline the annual GreenFest concert, and students cheered and sang along when he played “Fuck Donald Trump,” reports The San Diego Union-Tribune.

The school denied initial reports that YG’s $60,000 contract contained a clause forbidding him from playing the song, though this did not stop his fans from praising him as a First Amendment hero on social media.

“At SDSU's GreenFest concert this weekend, the song in question was played by YG and he was paid for his performance that evening,” SDSU Interim Chief Communications Officer Gina Jacobs told the Union-Tribune.

According to an anonymous source familiar with the event, SDSU Associated Students initially asked YG not to play the song, but caved when YG objected to the request, perhaps fueling the rumors about the contract.

[RELATED: OU Student Union: ‘Trump does not deserve our respect’]

Confusion also arose because several students took to social media to praise YG for playing the song, apparently convinced that he was forfeiting the $60,000 by doing so.

Campus Reform reached out to SDSU and GreenFest to clarify how the concert was funded, but did not receive a response by press time.