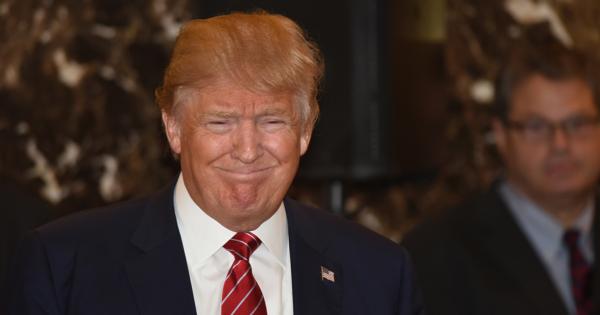 Sponsored by the UNM Community and Regional Planning program, “Teach Week” featured daily events from Monday through Thursday of last week, most of which promoted a negative view of President Trump and his policies.

“We are seeing a range of destructive and harmful policies coming out of the Trump administration.”

The week began with a keynote address called “Drawing the Line at [Dakota Access Pipeline],” which was billed as a conversation about “responding to ‘Trumpism’ and the legacies of settler colonialism,” followed by events exploring “the economics of Left and Right populism” and “countering U.S. state violence” against indigenous peoples,

The event series veered in an even more decidedly anti-Trump direction on Tuesday, which featured discussions addressing “forest ecology in an era of climate change denial,” “tools for analyzing political speech and hate speech,” and most notably, “understanding ‘Trumpism’ through racism and whiteness.”

“We are seeing a range of destructive and harmful policies coming out of the Trump administration,” assistant professor of Community and Regional Planning Jennifer Tucker told Campus Reform. “We are coming together to build the conceptual framework to provide a foundation for collective action—to contest and resist the worst that is coming now.”

Tucker laid out a historical framework of racism in the United States, from the slave trade to Jim Crow laws, also touching on the Drug War and mass-incarceration, and then instructed students to connect historical trends to draw inferences about race relations in 2017.

The students determined that racism is signified by “Trumpism,” a term that neither Tucker nor the students clearly defined, other than by alluding to a perceived increase in racial tension caused by Trump’s rhetoric and policies.

“We are seeing the return to old discursive practices of racialized hate being mobilized on the national political stage,” Tucker said. “These are very dangerous languages and they come from a long history of how race and racism works in the U.S.”

Tucker claimed that Trump is mobilizing hate based on immigration, religious, and racial status, showing the audience “3 Facts About Trumpism,” a video defining Trumpism as the “stockpiling of wealth and power” through whiteness, capitalism, and ethnocentrism.

“Unity is not what we need,” the video’s narrator exclaimed, arguing that civil rights are “under attack” and encouraging viewers to resist because “civility when faced with racism and sexism is bullshit.”

The video also claimed that Trump won the election by exploiting racial tensions and appealing to whiteness, rather than by providing economic hope to the white working class in the Rust Belt.

Students who attended the lecture defined “whiteness” as an implicit bias toward minorities and systemic benefits to Caucasians, such as an increase in wealth and property, which they claimed was caused by slavery and the exploitation of labor.

Tucker said Trump appealed to the racial fears and animosities of white people, leading lower- and middle-class white Americans vote against their economic interests simply because Trump is “capitalist and anti-union.”

At the end of the lecture, students received a handout labeled, “Protocol and Principles for White People Working to Support the Black Liberation Movement,” which instructs white Americans to utilize their white privilege to help movements like Black Lives Matter.

It also demanded that white Americans who support such movements “not adopt Black messages and approaches that do not apply to white folks, and thus erase the racial context,” listing phrases like “I am Mike Brown” and “I can’t Breathe” as examples.

Other Teach Week lectures included “Sanctuary: a Rising Resistance Movement,” “Urbanism of Resistance,” and “Drawing the line at the Dakota Access Pipeline, responding to ‘Trumpism’ and the legacies of Settler Colonialism.”

Andres Del Aguila is an Assignment Desk Assistant at Fox News. Prior to joining Fox, Andres was a New Mexico Campus Correspondent, reporting liberal bias and abuse on campus for Campus Reform. He graduated from the University of New Mexico, studying Political Science, Journalism, and Mass Communications.