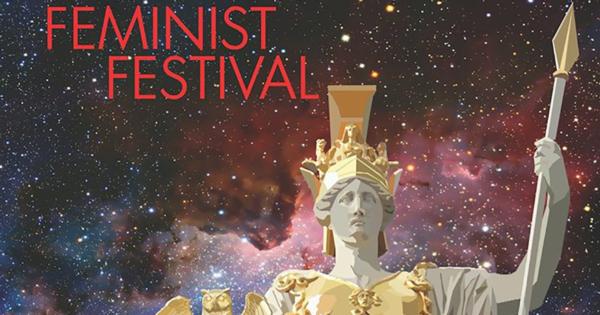 Students at Loyola University-New Orleans are being treated to an 11-day festival that seeks to “advance gender equality” and “support the empowerment of all women.”

“Just because white privilege may exist, [white women] are still at a disadvantage and subject to inequality.”

Patricia Boyett, director of the Women’s Resource Center, told Campus Reform that the Feminist Festival was inaugurated last year and that the Center plans to continue sponsoring the event series in years to come.

“The Feminist Festival is more than a celebration or reflection of how far women have come,” Boyett said. “It is another step forward in the movement towards gender equality as we promote dialogues that both advance diversity and inclusiveness.”

Such dialogues include a lecture by Professor Natasha Bingham on “Putin and the Lesbian Community in Post-Soviet Russia” and a panel discussion titled “Fourth Wave Feminism: Building an Intersectional, Intergenerational, & Inclusive Movement.”

Other events include a talk on “anti-feminism” in pop-culture, a dance performance featuring “groovy bra-burners,” and a talk on how making quilts is a “mechanism of healing and survival.”

There was also a feminist-inspired concert, in which Loyola student Lucia Vives opened for the band Tank and the Bangas.

Vives, a junior studying Women’s Studies, told Campus Reform that she was excited to perform at the Feminist Festival’s concert last week—which over 100 people attended.

The concert, she said, was a “celebration of progress,”though she did lament that while many students enjoyed the feminist festival, not everyone participated, declaring, “There is no reason why anyone in the [Loyola] community shouldn't want to support us.”

Several other attendees seemed to agree, praising the festival as a needed response to patriarchal oppression.

Citing an “increasing wage gap” and “a lot of sexism” as causes for concern on campus, freshman Tess Rowland told Campus Reform that the festival “has been an amazing experience to be a part of, as it is truly a diverse event.”

While she acknowledged that “Trump did gain astounding support from white women,” she sought reassurance by speculating that these women may have voted for him because they didn’t realize that they were at a disadvantage.

“Just because white privilege may exist, [white women] are still at a disadvantage and subject to inequality,” Rowlands said.

Savana Campbell, a self-described “intersectional feminist” studying Education at the University of New Orleans, told Campus Reform that she trekked over to Loyola last week for the sole purpose of seeing the Feminist Festival, adding that while she’s not a student at Loyola, she still plans on going back to the Festival this week to see the other events.

“I'm extremely excited to see in what other ways this impassioned, supportive, emotional environment can manifest itself,” she said, explaining that her interest in feminist issues came from learning about the oppression that women face.

“I'm aware that it is predominantly (white) men who dictate law which govern women and other marginalized groups,” she asserted. “Furthermore, being a preschool teacher, I often witness the strict gender guardrails many adults adhere to rather strictly.”

The Feminist Festival, she said, “it's not only good for Loyola's students, but for everyone else, too.”

Loyola University Communications Office did not return requests on how the 11-day festival is financed. This article will be updated if a response is received.