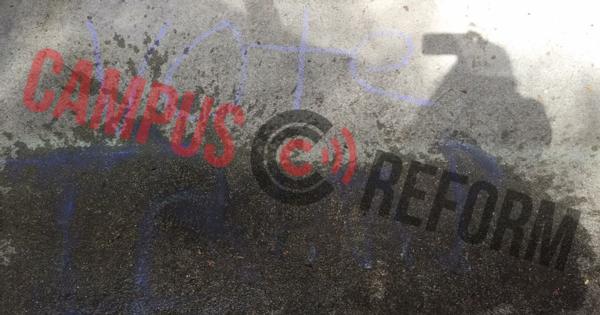 A pro-life group is challenging Kutztown University after employees repeatedly scrubbed away messages that a student group had drawn on campus sidewalks for National Pro-Life Chalk Day.

Jackie Foran, president of the Kutztown chapter of Students for Life, alleged earlier this month that after she noticed that some of her group’s chalkings had been removed, a friend was able to record video of a school employee washing one of the messages away.

“Officials can’t chalk up their censorship to ‘following orders’ to enforce an unconstitutional campus policy.”

When confronted, the employee reportedly responded that he was just following orders, despite a campus policy permitting chalking on “sidewalks and other uncovered walkways.”

The policy goes on to stipulate, however, that “the content of the chalking must be consistent with items listed under the Content section of this policy,” the relevant portion of which prohibits materials that advertise groups that are “incompatible with the University’s Statement on Non-Discrimination” or “have a clear and present potential hazard of interfering with the process of the University, infringing upon the rights of others, or endangering the health or safety of the University community or their guests.”

Attorneys at the Alliance Defending Freedom sent the university a letter Monday in which they argue that both the restrictive policy and the actions of KUP officials “violate clearly established law” by depriving the students of their First Amendment rights, pointing out that the Supreme Court recently reaffirmed its long-standing view that such “content-based” regulations of speech are “presumptively unconstitutional.”

Moreover, ADF contends that Kutztown’s requirement that all messages identify the student group responsible likewise violates the First Amendment, noting that anonymous speech has never been exempt from constitutional protection.

The letter concludes by listing three actions the university can take in order to avoid a possible lawsuit, demanding that the administration issue a campus-wide statement condemning the removal of the chalkings, revise the school’s policies to remove content-based restrictions, and require all employees involved in erasing the pro-life messages to attend a seminar explaining the application of First Amendment principles in a higher education setting.

“University officials can’t chalk up their censorship to ‘following orders’ to enforce an unconstitutional campus policy,” ADF Legal Counsel Travis Barham declared in a press release. “The university’s chalking policy only permits messages the university agrees with. Nothing could more clearly violate the First Amendment than a policy that silences students based on whether university officials like or don’t like what the students are saying.”

“Too frequently we see that public colleges and universities feel they can engage in censorship of a student group just because officials don’t agree with the viewpoint of those students,” concurred Students for Life of America President Kristan Hawkins. “Kutztown University is playing favorites while stifling free speech, which is, sadly, an all-too-common response of abortion advocates who prefer to silence opposition rather than have a free exchange of ideas.”