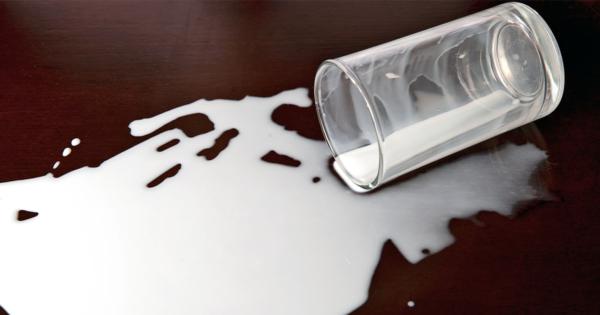 A writer for the California State University, Long Beach student paper recently opined that milk may become the new symbol of white supremacy in the United States.

According to an op-ed published this week in The Daily 49er, Americans have become “so accustomed to hearing [about] the benefits of milk” that they fail to notice the “subtle racism hidden in our health facts” that links milk to racism and white nationalism.

“Milk has now become a symbol of racial superiority for white nationalists and neo-Nazis.”

“It may not surprise you that the United States was founded on racism,” the student writes. “That every institution we uphold has racist roots that are sometimes difficult to catch and even harder to fight against. This phenomenon affects our voter ID laws, state testing and, yes, even our federal dietary guidelines.”

Citing an article from Mother Jones, she asserts that while the government mainly encourages drinking milk to fight osteoporosis, this is not a major concern for Africans because they get osteoporosis at a much lower rate than do most Americans, and could actually be detrimental because research has suggested that calcium consumption is correlated with an increased risk for prostate cancer among African men.

“These guidelines are for Americans,” she incredulously states [emphasis in original]. “This means they should reflect the health needs of the ethnicities that make up America which, news flash, isn’t just white people.”

The student says she isn’t the only one who has noticed this issue, claiming that white nationalists have taken a “distorted and exaggerated” version of milk-drinking science and used it to “fit a racist rhetoric for white supremacy.”

As evidence, she points to an incident in which shirtless white nationalists interrupted Shia LaBeouf’s anti-Trump livestream project while drinking milk, as well as a scene in the new film “Get Out” that shows a white woman “meticulously” drinking milk through a bendy straw.

“The milk scene in ‘Get Out,’ along with LaBeouf’s livestream, turned what started out as internet trolling into yet another form of nonsensical white superiority,” the student declares. “And while there is little logic to the train of thoughts involved in choosing the next inanimate face of racism, our country’s health guidelines certainly take part of the blame for this one.”

Indeed, she fears that the effects of those guidelines are already “spilling into our political and social lives” because “milk has now become a symbol of racial superiority for white nationalists and neo-Nazis, [who claim] that their ability to process milk makes them racially superior.”