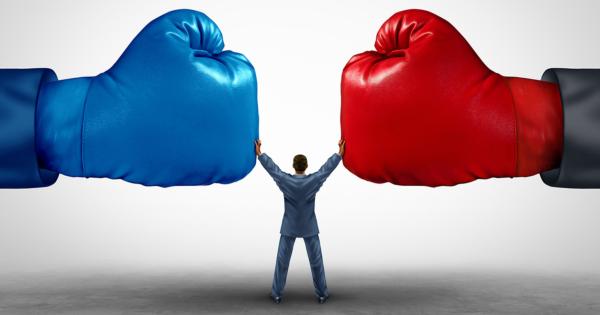 Two law professors are raising questions about the perceptions of “safe spaces” on college campuses nationwide.

In an op-ed for Inside Higher Ed, Ashutosh Bhagwat of the University of California, Davis and John Inazu of Washington University of St. Louis argue that the phenomenon of “safe spaces” on college campuses deserves more-serious consideration, even as they acknowledge that the reality often “makes for easy caricature.”

“College should not be a safe space for one’s preferred ideas."

Indeed, the op-ed begins by recounting a story about two parents who donated $2 million for a safe space to shelter their daughter from encountering opinions she did not share, only to reveal that the article had appeared on The Onion, a parody website.

Bhagwat and Inazu point out that while that story was fictional, “it sounds nearly plausible” in light of real-life cases of college students demanding “unbounded deference to hurt feelings and sensitive emotions,” particularly in response to the election of Donald Trump.

At the University of Michigan School of Law, for example, they note that students were offered “stress-busting self-care activities” such as coloring and blowing bubbles to help them cope with Trump’s election.

Similarly, the student protesters who encamped on the University of Missouri’s campus in 2015 not only sought to prevent journalists from accessing their tent city to protect activists from “twisted, insincere narratives,” but even had the audacity to demand that the administration provide them with heat and refrigeration to make their stay more pleasant.

“Losing sight of basic First Amendment values is no mere abstraction,” Bhagwat and Inazu add, pointing out that “a recent Pew study reports that 40 percent of millennials think government should be able to prevent speech ‘offensive’ to minority groups,” even though the First Amendment explicitly forbids government regulation of such speech.

However, the professors contend that “there is also a danger of overreacting with First Amendment bluster or ridicule, as many right-leaning critics do in deriding advocates for safe spaces as ‘snowflakes,’” asserting that “most people depend upon private and protected places to regroup, rest, and re-energize,” and that such places “might fairly be characterized as ‘safe.’”

The op-ed goes on to single out residential campuses at public colleges and universities as a particularly informative case study, because they are “blended spaces” that serve as both public forums and private living spaces, yet are subject to the same constitutional constrictions as other government entities.

“In many respects, they are venues for robust, open debate, in which speech restrictions have no place,” the professors explain. “But sometimes they are also havens for their students, who are perfectly entitled to their privacy.”

Significantly, though, they note that “both private associations and safe spaces depend upon government-provided resources,” since “private associations like student groups will need access to meeting places and generally available forms of funding,” while “safe spaces usually require physical space and other means of support.”

Moreover, although “the Constitution does not explicitly protect a freedom of association,” Bhagwat and Inazu note that the Supreme Court has consistently held such a right to be implicit in the First Amendment guarantee of freedom of speech and assembly, complicating the question of safe spaces for public university administrators.

They go on to observe, though, that the Court has also ruled that government may regulate the right to speak and protest in public spaces in the interest of preserving “residential privacy,” reasoning that this gives universities justification for allowing safe spaces in dormitories and at private group meetings.

“If such a student group meets regularly or wishes to create a physical space consistent with its shared values, we see no barrier to universities facilitating such desires by dedicating space to specific groups, so long as it allocates space evenhandedly,” they say, arguing that while universities are not obligated to “subsidize” student groups, they see a distinction between direct monetary subsidies and simply providing access to campus facilities.

“The goal here is to permit the creation of intimate, safe spaces on campus, while also maintaining open discourse,” the op-ed concludes. “The debates over safe spaces are unlikely to end any time soon. But situating them within the broader context of the university and the First Amendment cuts through some of the partisan framing that suggests only one side or the other has any merit.”

Although the op-ed takes a veiled shot at Greg Lukianoff, the president and CEO of the Foundation for Individual Rights in Education (FIRE), citing an op-ed that he co-authored with Jonathan Haidt just before objecting to the overreactions of “right-leaning critics” to campus safe spaces, the free speech organization expressed satisfaction with the piece, overall.

“The op-ed was thoughtful and thorough in its assessment of the utility of 'safe spaces,' when that term is used to describe exercising freedom of association,” Will Creeley, FIRE’s senior vice president of Legal and Public Advocacy, told Campus Reform. “The authors recognize that there is a real value from allowing like-minded individuals to join together to compare notes, re-energize, relax, and so forth together. FIRE has defended the right of freedom of association for groups across the political spectrum since its founding.”

Creeley also argued, though, that one problem with the use of the term “safe space” is that the term has become “elastic,” noting that one common usage of the term today is found in declaring an entire college a “safe space” where certain viewpoints aren’t allowed.

“You can't use the term 'safe space' to draw lines around what ideas people may debate,” Creeley declared. “College should not be a safe space for one’s preferred ideas. In fact, college should be the place where ideas are tested against each other, even if those ideas hated by some, or even all. There is a value in protecting in what Justice Oliver Wendell Holmes called 'the thought we hate.'"