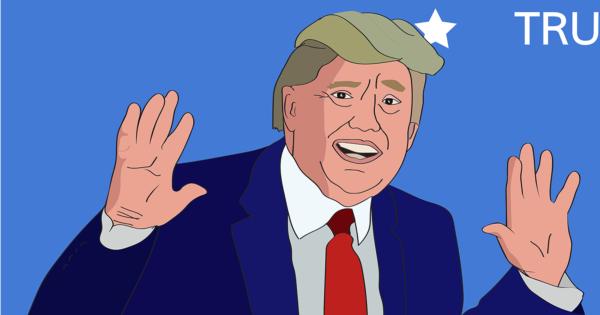 LGBTQ students at Northern Illinois University are angry at an anti-Trump cartoon printed in the student newspaper because it joked about the transgender bathroom debate.

The cartoon in question, which ran in the March 9 edition of The Northern Star, was titled “What would make Trump happy…” and showed three bathroom doors: one male, one female, and one for people with “tiny hands.”

“This image conveys a message to students that their fight, their identity, and their lives are a joke.”

The bathroom for people with tiny hands has a lock on it, the joke presumably being that Trump would prefer to have a private facility where he could wash his “tiny hands” without fear of ridicule.

"Trump probably has his own ideal of the ideal public bathroom," an accompanying caption speculates.

The LGBTQ community at NIU didn’t find the joke very funny, however, prompting a graduate assistant in the Gender and Sexuality Resource Center to send a letter to the editor of The Northern Star complaining that the comic was ever published.

“As an alumni, counselor-in-training, graduate assistant for the Gender and Sexuality Resource Center, and coordinator for Speaker’s Bureau and the Trans* Action Task Force, I was appalled by what I saw,” Matthew Lonski writes.

Lonski argues that the comic was “offensive to many; especially transgender and gender non-conforming students” because it made a joke of the LGBTQ struggle for gender-inclusive restrooms.

“Students are exhaustively fighting to have gender-inclusive restrooms on this campus,” Lonski says. “This image conveys a message to students that their fight, their identity, and their lives are a joke.”

The letter concludes by asking The Northern Star to “explore all possibilities, situations, and complexities” of its content in order to avoid offending anyone, and also invites the paper’s staff to have a meeting with LGBTQ leaders at NIU.

“The students will help put a face to the struggles they encounter on a daily basis— including access to restrooms,” Lonski closes.

Campus Reform reached out to The Northern Star and Lonski for comment, but did not receive a response from either by press time.