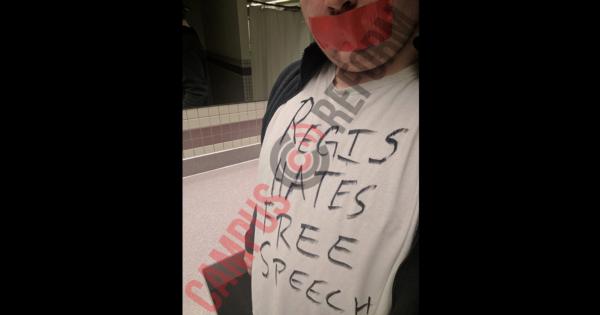 The Foundation for Individual Rights in Education is putting pressure on Regis University after a conservative student group’s event was shut down for “‘protesting’ Social Justice Week.”

Alexander Beck, president of the Young Americans for Liberty chapter at Regis, told Campus Reform that he and fellow group members were holding a “Social Justice Bake Sale” on March 16 to protest the school’s “Social Justice Week” by selling baked goods at lower prices to students with more “oppressed” backgrounds.

“The principle of freedom of speech does not exist solely to protect only non-controversial expression.” 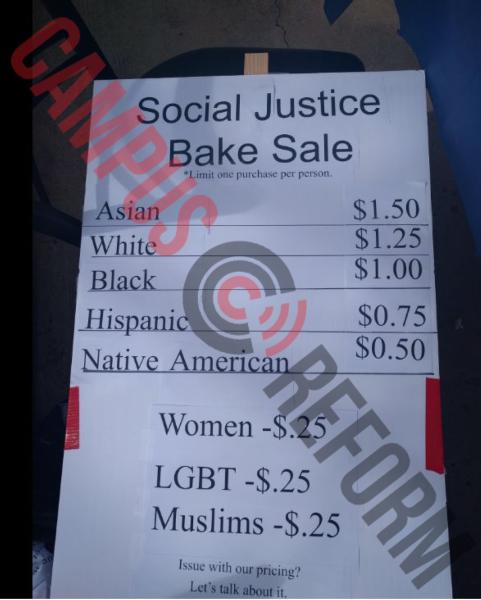 According to Beck, the group was interrupted by Dean of Students Diane McSheehy, who claimed that the event was a “demonstration” that had not received approval and “demanded” to discuss the situation privately “in her office,” where the students were not permitted to record the conversation.

[RELATED: 'Black-on-black murder is not a thing,' Regis presenter claims]

“Once reaching her office she instructed us to put our backpacks/phones/other personal belongings in a locked cabinet, as we could not bring them back to her office.” Beck told Campus Reform. “At this point I requested to record our conversation, as I have been given contradictory information from different people, and I would like to have a record of our conversation to refer back to, in order to ensure that we fully abide by the rules she lays out, etc, etc. She still refused to allow us to record the conversation. We conceded, and went back into her office.”

Beck recounted that McSheehy proceed to lecture them in her office for over an hour, insisting that their group was “not allowed to table,” even though they had received approval the day before from an employee with the Event Services office to hold the event, noting that the group has utilized the same procedure to schedule tabling and meeting space for several months without incident. 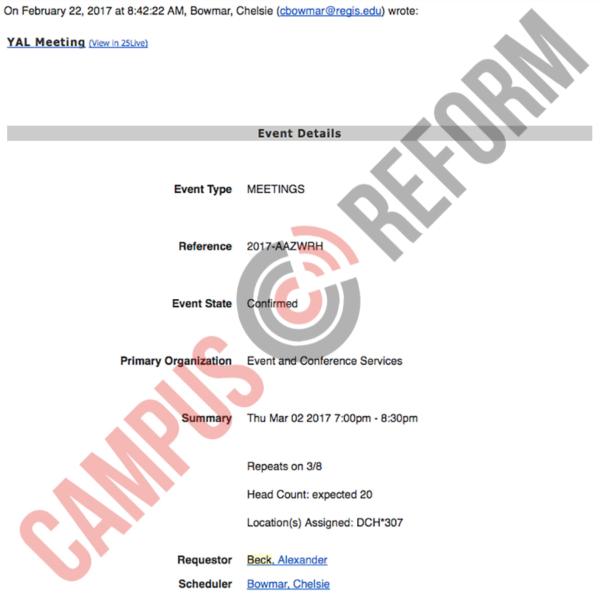 McSheehy, however, told the students that because their event was considered a “demonstration” to protest Social Justice Week, they needed to request permission 48 hours in advance.

“She also said [that] as our event was ‘protesting’ Social Justice week, it required 48hr approval by her office,” Beck explained. “After being ‘informed’ of all of this, she reiterated that we were not to continue our event under any circumstances.”

In response to an email from Beck seeking clarification of school policy following the encounter, McSheehy adamantly denied that the demonstration had been “shut down,” explaining that she “simply wanted to connect with you about the correct process and procedures that need to be followed in order to have a recognized organization and to table as such.”

Regis does have a policy stipulating that “clearance must normally be requested at least 48 hours prior to the event” from the Dean of Students, noting that the university “reserves the right to review, alter, or restrict events, demonstrations, speakers, or groups whose nature or presentation is contrary to or inconsistent with the university’s mission or Catholic character, which designation shall be in the sole discretion of the President or his designees.”

Even so, Beck had no difficulty reserving a table for the bake sale demonstration, and was even provided with paperwork to host a speaker on campus later in the semester by Regis Event Coordinator Chelsie Bowmar, despite the fact that YAL has yet to receive official recognition as a student organization, apparently because the previous reservations were considered "events," which simply require coordination with the office of Event Services. 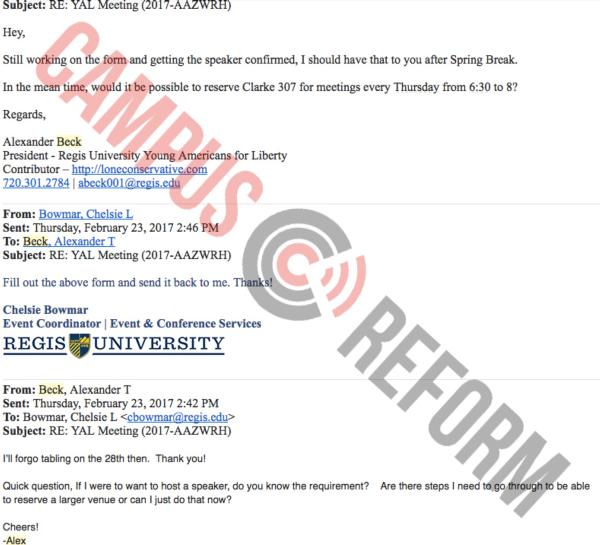 FIRE addressed McSheehy’s conduct in letter to Father John P. Fitzgibbons, S.J, president of Regis University, saying the incident has raised concerns about “the state of freedom of speech” on campus and contradicts the school’s own assertions of support for free expression.

“FIRE is concerned about the state of freedom of speech at Regis University after a student was warned that he could not continue tabling on campus—despite being granted prior permission to do so—because his event was called a ‘demonstration,’” the letter begins. “These actions contradict Regis University’s promises of freedom of expression and must be rectified in order to protect students’ rights.”

The letter goes on to describe the manner in which McSheehy’s actions contradicted the university’s “high standard of behavior and personal values” through her complete disregard for “freedom of expression and open inquiry,” citing a portion of Regis’ Student Handbook that explicitly identifies “intentionally and substantially interfering with the freedom of expression of others in or on University Property or at University sponsored activities” as prohibited conduct.

“McSheehy’s claim that Beck’s tabling event constituted a demonstration because it was meant to dissent from the messages of Social Justice Week and therefore requires special permission is at odds with Regis’ stated commitments to freedom of expression,” FIRE contends. “Under this practice, any speech that is disfavored by administrators could be censored on the basis that it could be seen as a ‘demonstration’ against something.”

While acknowledging that the YAL bake sale “may have been considered controversial by some members of campus,” FIRE notes that “the principle of freedom of speech does not exist solely to protect only non-controversial expression.”

Campus Reform reached out to McSheehy for comment but did not receive a reply in time for publication.