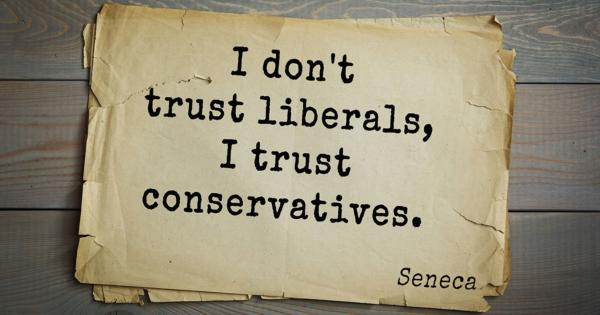 According to a guide published by the Gustavus Adolphus College library, popular conservative news sites are “fake news” and should be avoided at all costs by students.

The guide includes a chart created by Vanessa Otero, a patent attorney, that organizes news sites based on their “partisan bias” and their “journalistic quality.”

The Daily Caller, The Blaze, and Red State are all listed as “conservative utter garbage/conspiracy theories” on the partisan scale and “sensational or clickbait” on the quality scale.

This categorization puts them in the “Just no” bubble, alongside Infowars and Breitbart.

Meanwhile, far-left websites such as Slate and Vox are considered to “skew liberal” but also receive a “complex” rating on the quality scale, putting them on the same level as The Hill and The Wall Street Journal as “great in-depth sources of news.”

Comparatively, The Huffington Post is qualified as “hyper-partisan liberal” and “meets high standards,” putting them in the bubble that reads, “Good for confirming your existing biases but bad for convincing others. Be careful how much you hang out here.”

Interestingly, the library guide shares an article from The Huffington Post that describes how to spot fake news, despite the infographic claiming the site is “good for confirming your existing biases.”

The guide also includes an article from women’s fashion magazine Teen Vogue titled “The Best Tips for Spotting Fake News in the Age of Trump.”

Campus Reform reached out to Gustavus Adolphus’ librarian for comment but did not receive a response by press time.