Peter Van Voorhis Contributor at The Washington Examiner @RepublicanPeter on Apr 04, 2017 at 11:47 AM EDT 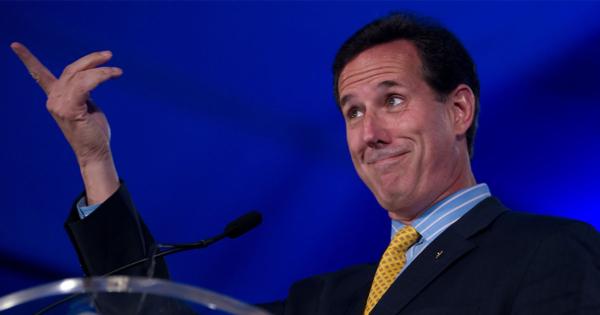 Santorum is visiting campus April 12 at the invitation of the school’s Young Americans for Freedom (YAF) group, and when one YAF member posted to a university Facebook group announcing the event, a user going by the name of “Emma Zee” grew irate, vowing to protest the speech while declaring that she and other opponents “are not engaging in discussion with him.”

“You best believe us [sic] ‘leftist bigots’ will be there. Good luck hearing him speak.”

According to The New Guard, Emma Zee’s profile listed her occupation as “Professor,” a description that Zee confirmed when asked by CSULA YAF board member Kevin Amador.

[RELATED: Prof tries to get conservatives fired over FB argument]

An Instagram account also bearing the name “Emma Zee” provides further detail, disclosing that her real name is Marylu Castillo, an Academic Advisor and Admissions Coordinator for the Honor College.

Castillo, who has a Master’s in Counseling, is a sponsor of several student organizations on campus, according to CSULA, though she joined the Facebook group “CSULA Book Exchange,” a group for students to swap textbooks, using the pseudonymous account.

“You best believe us [sic] ‘leftist bigots’ will be there,” she stated in a since-deleted post responding to the announcement that Santorum would be visiting campus, adding, “Good luck hearing him speak.”

After club members responded to Castillo’s comments, she chastised them for their lack of commitment to “solidarity with all the LGBTQ community,” but refused them the opportunity to hear different perspectives on the matter because “we are not engaging in discussion with [Santorum].”

She did, however, concede that her hostility toward free speech is a minority viewpoint.

“Yeah I know, most people feel like you and support the right for someone to speak at the expense of providing a platform that is offensive to the majority of the population on campus,” she wrote sneeringly. “Who cares how all the people who have had to go through hell and back feel? As long as we protect his right to speak!”

Members of the school’s YAF group have expressed concern over Castillo’s comments, but university spokespersons have not responded to a request for comment from Campus Reform.