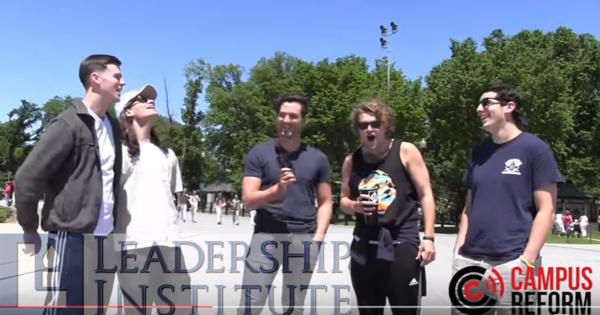 The quest to expose liberal bias in higher education takes Campus Reform all over the country, from big schools to small, but no category of schools measures up to the Ivy League.

As Campus Reform has reported extensively, professors and administrators at these eight schools have a special propensity for using their power to indoctrinate students in leftist ideology.

While many Americans might assume these private schools are pursuing this course on their own—that is, without help from taxpayers—this could not be further from the truth.

A recent study by government watchdog Open The Books shows just how much taxpayer money goes to Ivy League schools, and it’s staggering.

Between 2011 and 2015, the eight private universities that make up the Ivy League raked in more than $25 billion in federal funding, a number that is particularly astounding in light of the fact that those same schools have a combined $119 billion in private endowment funds, which is greater than the GDP of most nations on Earth.

Wanting to see if average Americans had any idea of how much of their money was going to these school’s, Campus Reform headed to Washington, D.C., and even in the heart of “the swamp,” it became clear within minutes that the overwhelming majority of people we spoke with were shocked—and outraged—at the amount of money given out to Ivy League schools.

What did they have to say?

Watch the video below to find out: