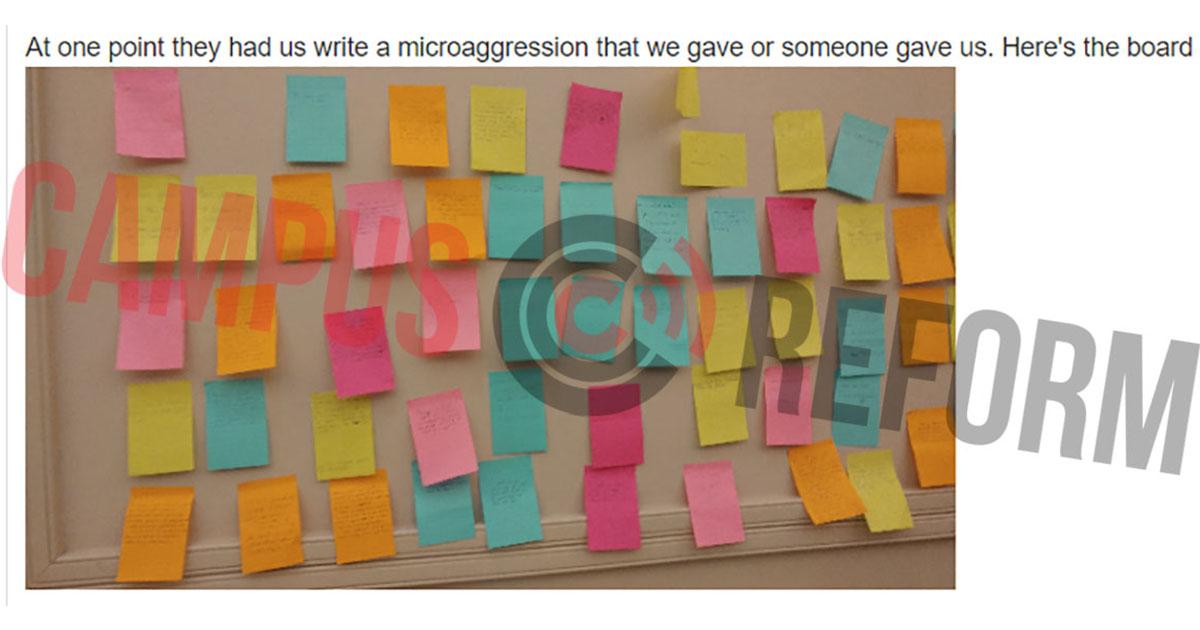 A recent academic conference on advanced manufacturing techniques was interrupted for an hour-long workshop on microaggressions.

Louisiana State University hosted its second annual Consortium for Innovation in Manufacturing and Materials (CIMM) RII Symposium on July 24, but some attendees who showed up expecting to learn about advances in engineering were surprised to find themselves instead “dealing with snowflakes and trigger warnings.”

"I'm at an engineering symposium...and have been dealing with snowflakes and trigger warnings all morning."

Such was the sentiment expressed on TigerDroppings, a forum for LSU fans, by a user going by the moniker “CuseTiger,” whose profile indicates that he or she is a graduate student with an affinity for Syracuse University.

“Who all has had implicit bias, sterotypes, microinsults, microaggressions, and [T]itle IX training?” the post asks. “Cause I'm at an engineering symposium in lod cook today and have been dealing with snowflakes and trigger warnings all morning. They scheduled an hour for us to learn about all this.”

The post included a screenshot of the Symposium’s agenda confirming that a “workshop/panel discussion” on “implicit bias, stereotypes, microinsults, microaggressions, [and] Title IX” took place immediately before the conference broke for lunch. 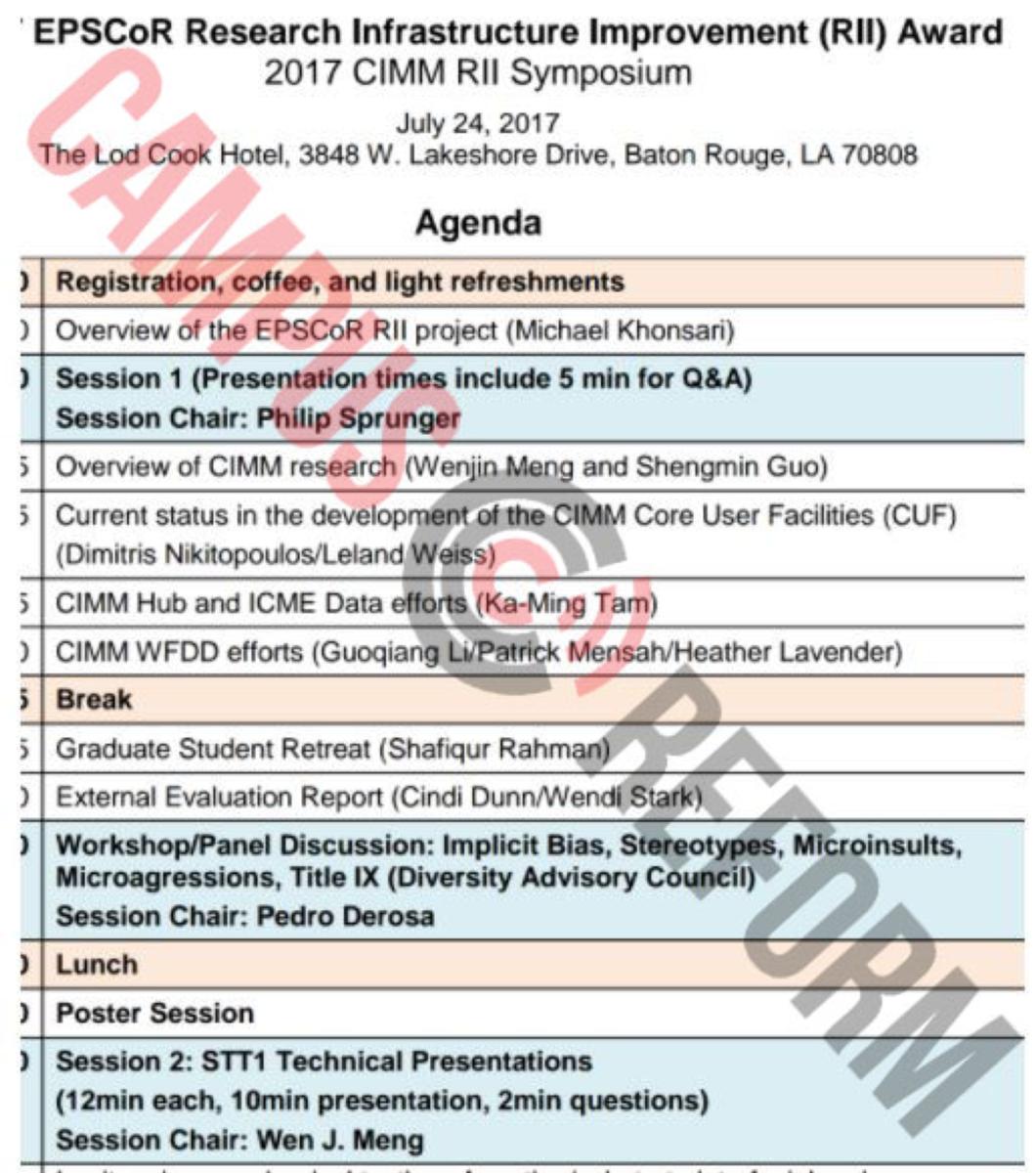 “At one point they had us write a microaggression that we gave or someone gave us,” the post continued, providing several pictures of a bulletin board covered with the resulting sticky notes.

“When people learn that I am from Colorado, they assume I smoke weed,” complained one participant, while others referenced stereotypes such as “I thought all Asians were good at math” and “You probably lived on the west side of campus, right?” 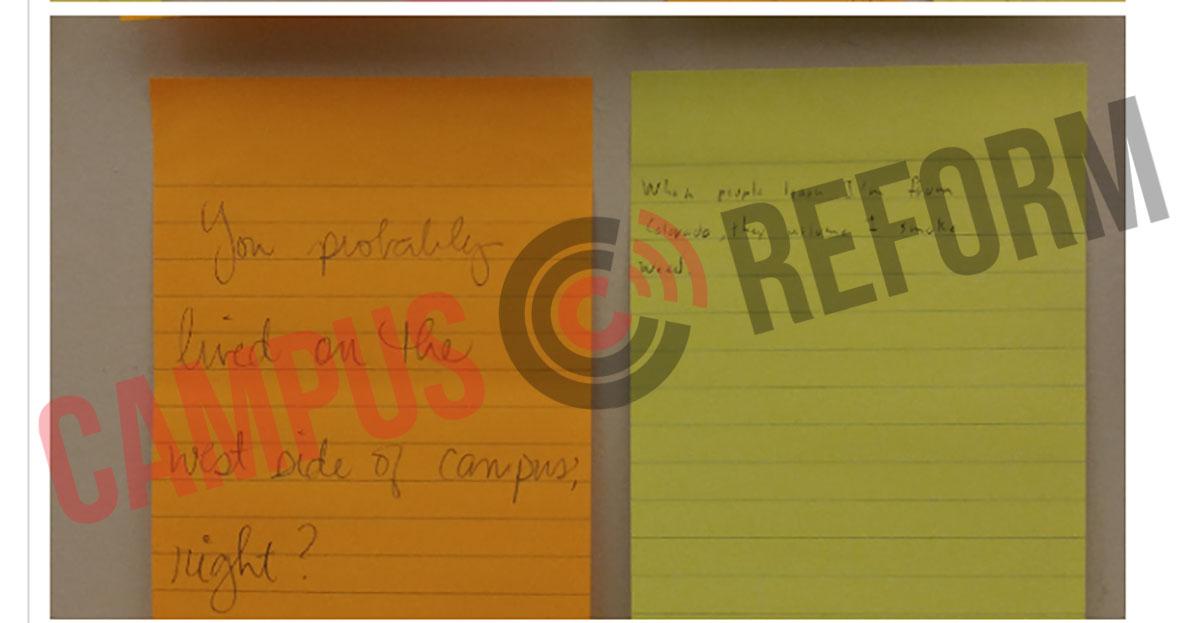 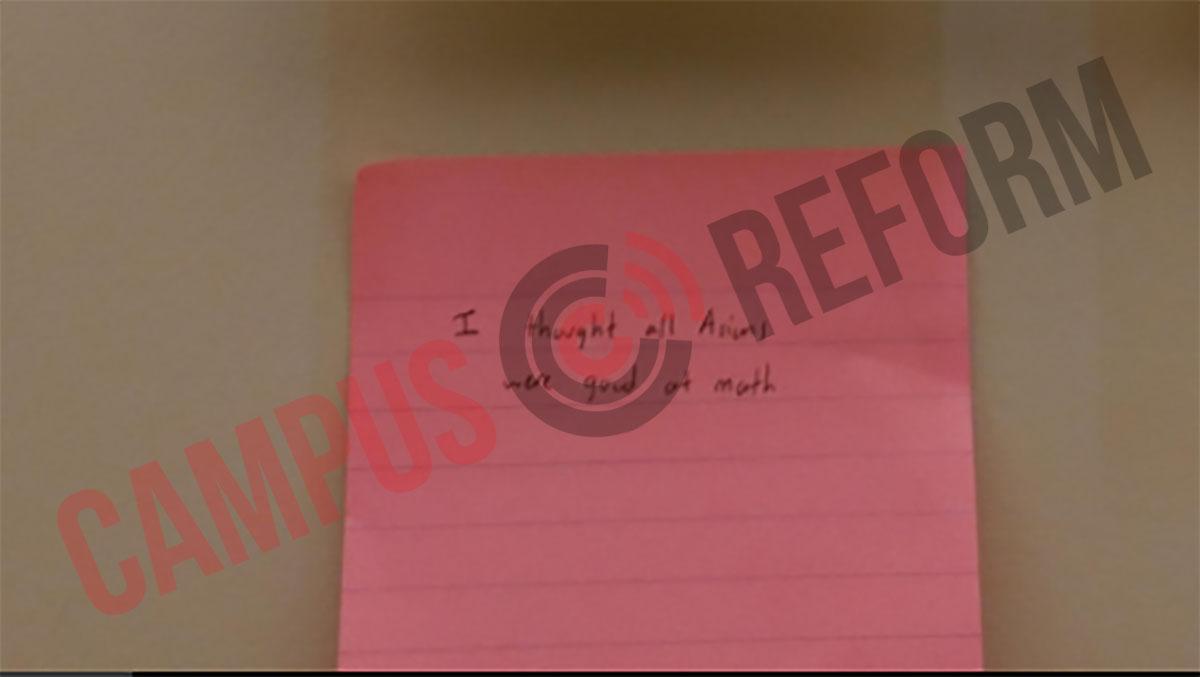 Sara Hernandez, the Associate Dean for Inclusion and Student Engagement at Cornell University, and Dr. Jenna Carpenter, the Dean of Engineering at Campbell University, presented the implicit bias workshop as part of their roles with CIMM’s Diversity Advisory Council (DAC).

Carpenter told Campus Reform that the DAC recommends everybody be educated about the impacts of implicit bias, asserting that “When faculty and students aren't aware of implicit bias, they unwittingly engage in behaviors that continue the discrimination and discouragement of women and underrepresented minorities in science, mathematics, and engineering disciplines.”

[RELATED: Prof finds ‘no evidence’ that sexism is behind gender gap in STEM]

Dr. Pedro Derosa, who chaired the panel discussion, agreed that “social stereotypes” are the main reason for the lack of women and minorities in STEM fields, explicitly rejecting the notion that the observed differences have anything to do with qualities inherent to any of those groups.

“When implicit biases result in entire groups being underpaid or being subjected to higher scrutiny or standards or being excluded from opportunities altogether, we have a problem,” Derosa said.

Lilienfeld—who published a research paper earlier this year calling for “a moratorium on microaggression training” and “abandonment of the term ‘microaggression’”—believes that microaggression theory “is not close to being ready for real-world application,” and could actually “exacerbate racial tensions” by “sensitizing” students to perceived offenses.

Rather than trying to promote diversity through workshops on microaggressions and implicit bias, Lilienfeld speculated that a more effective approach would be for individual professors to lead by example, saying, “Faculty need to invest more time, energy, and effort in mentoring and encouraging minorities and women.”