The Society of American Archivists appears to need more practice keeping track of its records after it erroneously claimed that Campus Reform lied about contacting its members.

In a post on an internal forum last week, SAA President Tanya Zanish-Belcher referenced “significant concerns” among the group’s members over a Campus Reform article reporting on a recent SAA conference that featured two panels outlining critical evaluations of “whiteness.”

“Notwithstanding the author’s claim that she had ‘reached out to SAA, as well as the professors involved in the panels,’ no member of the SAA Council or staff was contacted for comment,” Zanish-Belcher informed colleagues indignantly.

As evidenced by numerous screenshots, however, Campus Reform did, in fact, request comment from each of the panelists, as well as SAA Education Consultant Solveig De Sutter. 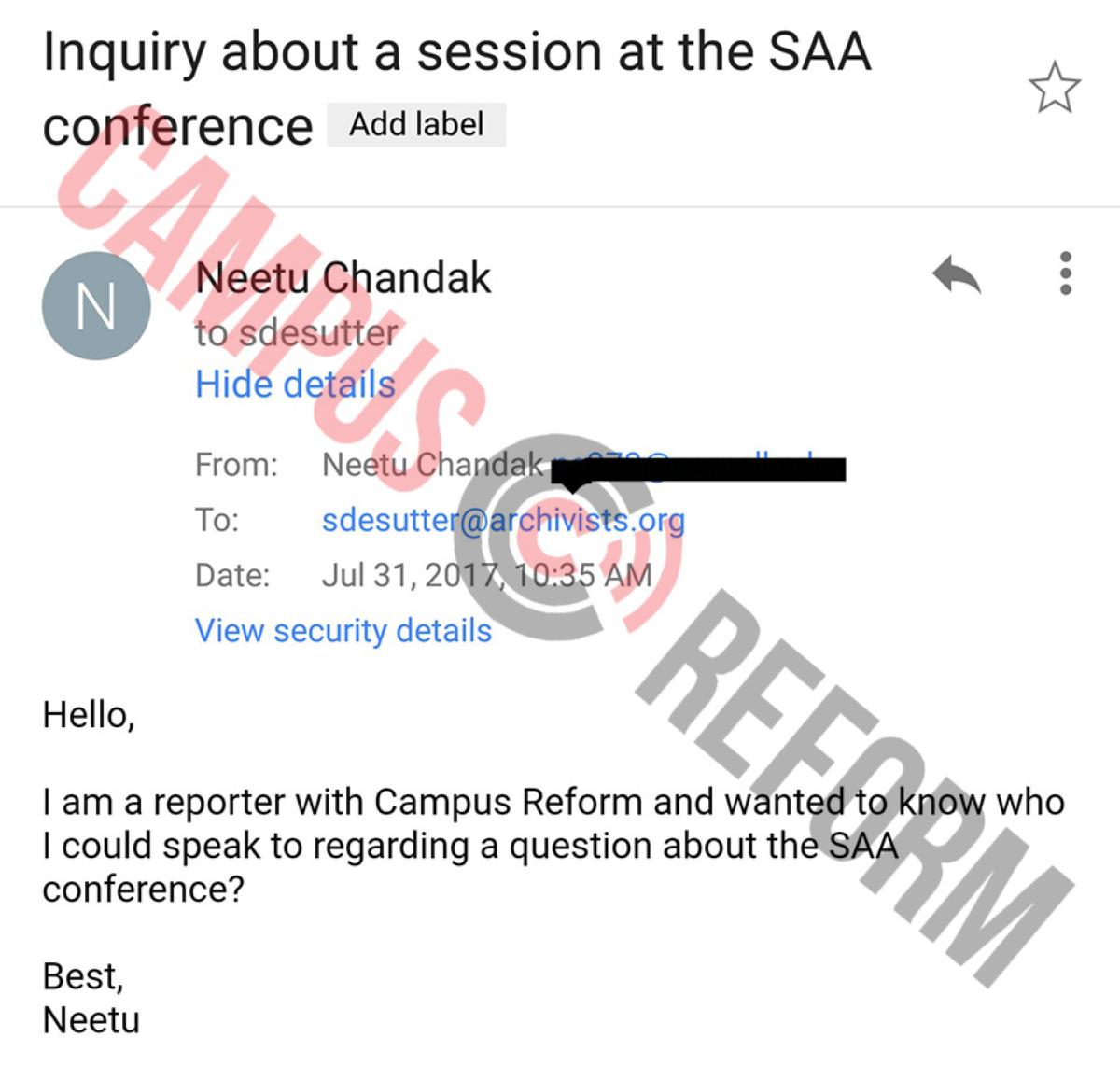 Additionally, professors Michelle Caswell, Jamie Lee, Ricardo Punzalon and doctoral student Marika Ciphor were contacted with requests for additional insights into the “Identifying and Dismantling White Supremacy in Archives” panel discussion in which they participated.

Like the email to De Sutter, each of the panelists was contacted with identical requests for comment at around 10:30 a.m. (Eastern) on July 31—more than 24 hours before the article’s publication. 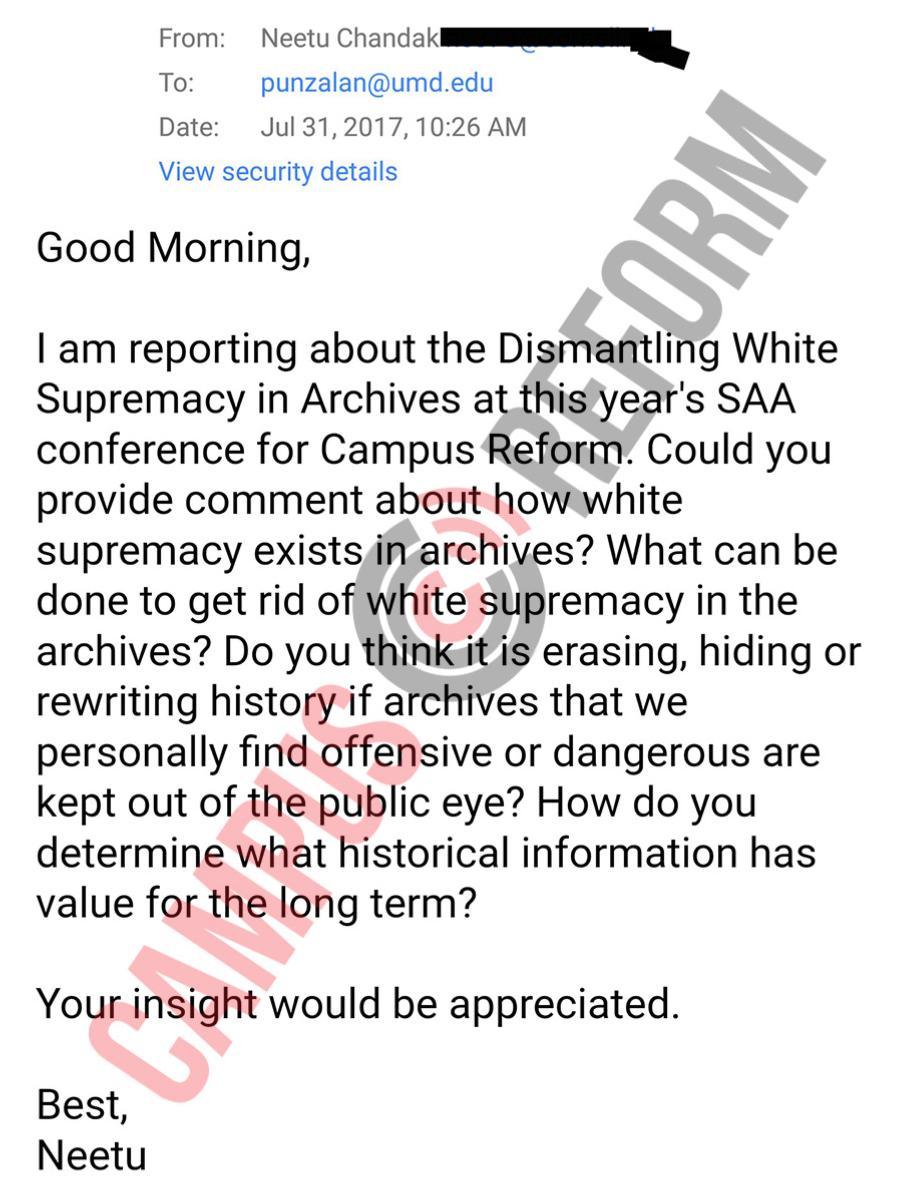 The discussion surrounding the Campus Reform article was shut down on August 9 by SAA Executive Director Nancy Beaumont, who felt that the “discussion was becoming redundant and circular” due to “unprofessional” and “intimidating language” used by several posters.

Going forward, the forum will be “actively moderated” until the SAA is able to review the role and future of the listserv at its November meeting.