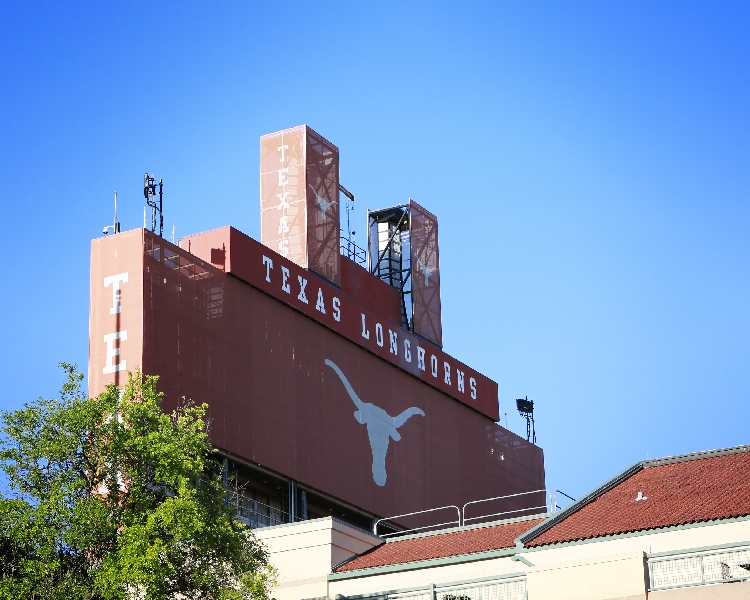 Football players at the University of Texas-Austin have asked the university to make several changes in order to be more racially inclusive.

Among the changes requested by the Longhorns players include renaming buildings, removing statues from campus, donating to Black Lives Matter, and the removal of the school song “The Eyes of Texas.” Longhorns Wide Receiver Brennan Eagles posted the request in a tweet outlining all of the requests he says the players want to see for the upcoming fall semester.

“We will continue to practice, workout, and participate in all required team activities in preparation for the upcoming season"

“The recent events across the country regarding racial injustice have brought to light the systematic racism that has always prevailed in our country as well as the racism that has historically plagued our campus,” the statement reads.

“We will continue to practice, workout, and participate in all required team activities in preparation for the upcoming season, but without an official commitment from the university, we will not be participating in the recruiting of incoming players or donor-related events," it added.

The statement goes on to list the changes the athletes would like to see the university make.

Any new sculptures or statues that are to be put in place must be made by “people of color” in order to promote a more diverse campus.

The athletes also request a module for incoming freshmen to take that discusses the history of racism on UT’s campus and for the module to provide “racial injustice awareness.” When it comes to the athletics aspect of the statement, the request asks the university to implement a permanent black history exhibit in the Hall of Fame.

Additionally, the players ask that the UT athletic department donate 0.5 percent of its annual income to the BLM movement, specifically, and to other black organizations.

[RELATED: Students call for laxed grading for black students. University goes along with it]

Lastly, the athletes request the replacement of the traditional song “The Eyes of Texas” with a new song that doesn’t include “racial undertones,” with the secondary request that players be allowed to not sing the song if they choose.

“The president is listening closely to the pain and frustration voiced by black students and has begun speaking with students, including student-athletes, and other community members to hear their concerns and ideas directly,” Bird said. “He pledges to work with the entire UT community to create a plan this summer that unites us to do better for our students and help overcome racism.”