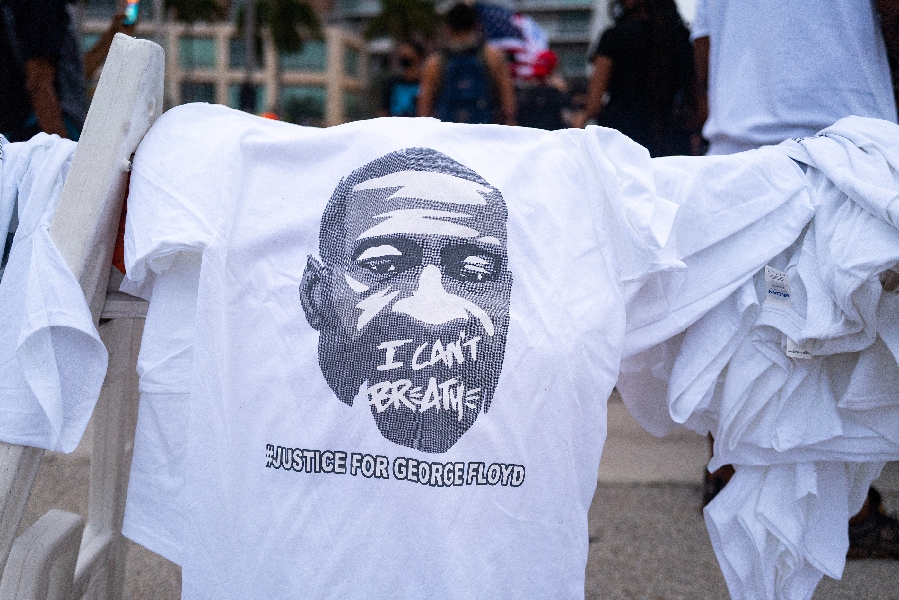 Following the murder of George Floyd, many American colleges have responded by instituting scholarships and memorial funds in his name.

"I am now challenging every university president in the United States to establish your own George Floyd Memorial Scholarship Fund."

"I am now challenging every university president in the United States to establish your own George Floyd Memorial Scholarship Fund," Hagan declared at a memorial service for Floyd hosted on the university campus.

Alabama State University President Quinton Ross later announced the creation of a new fund in memory of Floyd and a black Alabama man who died in a police-involved shooting situation.

“I decided to include Greg Gunn in the naming of our scholarship. He was a man who was chased by a Montgomery police officer through a local neighborhood and killed just steps away from his mother’s front door. Gunn at one time attended classes at Alabama State University. This scholarship also is representative of Floyd, Gunn and any black man or black woman who have died in similar situations,” Dr. Ross said.

Penn State University has promised to match up to $10 million in total in diversity scholarship donations and committed a $50,000 endowment to the George Floyd Memorial Scholarship in Educational Equity.

“Every supporter, at every level, can express their commitment to a stronger, more diverse Penn State,” said vice president for development and alumni relations O. Richard Bundy III. “At this pivotal moment in American history, our gifts will declare that ‘We Are’ stronger together than apart. I hope that Penn Staters — alumni, fans and friends of our institution — will lead the way in providing structural support for diversity, equity and inclusion in higher education and across our nation.”

Penn State presented a link in its official statement, directing people to donate to the fund, noting that gifts to the scholarship will advance Penn’s "A Greater Penn State for 21st Century Excellence” campaign, which “seeks to elevate Penn State’s position as a leading public university in a world defined by rapid change and global connections.”

“With the support of alumni and friends, ‘A Greater Penn State’ seeks to fulfill the three key imperatives of a 21st century public university: keeping the doors to higher education open to hard-working students regardless of financial well-being; creating transformative experiences that go beyond the classroom; and impacting the world by fueling discovery, innovation and entrepreneurship,” the statement reads.