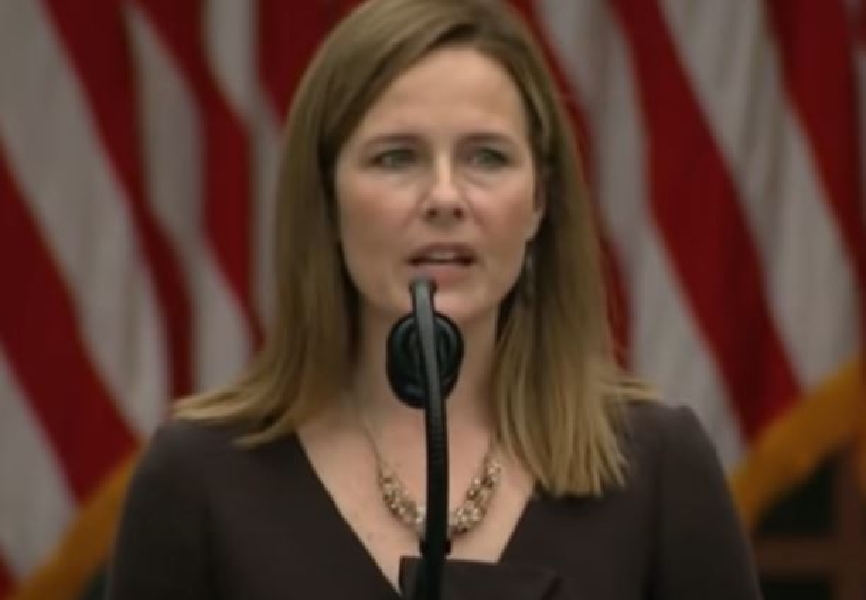 “We are likewise firmly and passionately opposed to Rhodes administrators’ attempts to embrace Amy Coney Barrett as an alumna of our beloved alma mater,” read the letter. “We oppose this embrace because we believe both her record and the process that has produced her nomination are diametrically opposed to the values of truth, loyalty, and service that we learned at Rhodes.”

The alumni expressed concern over Barrett’s stance on women and marginalized communities.

The letter concluded by asking the school to make clear that “Rhodes opposes intolerance, discrimination, and bigotry of all kinds and that Rhodes stands with its LGBTQ, female, minority, and other marginalized students and graduates who fear that their rights may be endangered by the lifetime appointment of Amy Coney Barrett to the highest court in the land.”

Hass responded to the alumni letter in an email, which the group posted on its Facebook page.

"I stand by the words in my letter to our community and my public remarks acknowledging the facts of Judge Barrett’s exceptional record of academic achievement while a student at Rhodes,” wrote Hass. “The college will continue to speak of her with respect and friendship—the same respect and friendship you affirm in your letter.”

Hass continued to say she will “re-affirm” commitment to “stand against bigotry and for the rights of minority and marginalized students and alumni.”

“As an institution devoted to excellence in the liberal arts and sciences, we are fundamentally committed to inclusion, belonging, and respect for all persons,” said Hass.